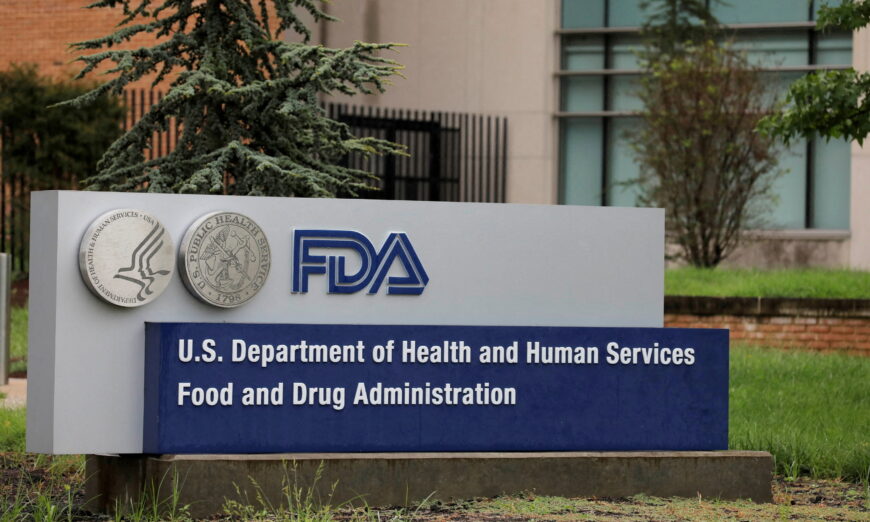 Signage is seen outside of the Food and Drug Administration headquarters in White Oak, Maryland, on Aug. 29, 2020. (Andrew Kelly/Reuters)

Though drug regulators were originally set up to regulate the drug industry, a new investigation by the British Medical Journal (BMJ) shows that conflict of interest (COI) is pervasive within agencies globally. Pharmaceutical companies are the biggest funders of major regulatory agencies.

The study found some national drug agencies are almost exclusively reliant on pharmaceutical money, serving as a “prime example of institutional corruption,” said sociologist Donald Light in the study.

“Over the past decades, regulatory agencies have seen large proportions of their budgets funded by the industry they are sworn to regulate,” wrote the study’s author Dr. Maryanne Demasi, a medical investigative journalist.

Her research on the United States, Canada, Australia, Europe, UK, and Japan found that industry money makes up more than 50 percent of drug regulators’ annual budget.

Out of the six countries, Australia’s Therapeutic Goods Administration (TGA) was almost exclusively funded by the drug industry.

The industry paid for 96 percent of TGA’s budget from 2020 to 2021 and the agency approved more than 9 out of every 10 drug applications.

Europe, the UK, and Japan very closely followed with over 80 percent of their agency’s budget coming from industry money.

The United States’s Food and Drugs Administration (FDA) and Canada’s Health Canada (HC), had lower proportions of industry funding with 68 percent and 50.5 percent of their budget paid through the drug industry.

Despite almost exclusively relying on the pharmaceutical industry, Australia’s TGA “firmly denies” that its funding is a “conflict of interest (COI),” wrote Demasi.

“Like the FDA, the TGA was founded to be an independent institute. However, being largely funded by fees from the companies whose products it is charged to evaluate is a fundamental conflict of interest and a prime example of institutional corruption,” said Light in Demasi’s study.

Concerns of COI are not just limited to those who work in the agency, but also external advisers on expert panels intended to provide expert advice to regulatory agencies.

Studies have shown several independent advisors for the FDA, TGA, and the UK’s Medicines and Healthcare products Regulatory Agency (MHRA) have all had financial ties with pharmaceuticals. Further, a 2021 study found that several COVID-19 advisory members in the UK and the United States all had financial ties with vaccine developers, which the regulators judged as acceptable.

Australia’s TGA’s members of the Advisory Committee on Vaccines are published on the agency’s website, but “forms for recording past and current financial and non-financial interests are not, however, made public,” Demasi wrote.

Documents provided to the BMJ under the Freedom of Information (FOI) Act in 2021 for financial relationships had the names and details of the disclosures redacted (pdf).

According to Demasi, the BMJ sought additional details from the released documents but the TGA indicated it was “personal information” and therefore exempt under the act.

Committee members were also approached through emails asking if they will be willing to publish COI declarations but were instead referred back to the TGA which revealed that 5 of the 10 members disclosed COI but did not say which members or provide specific details, according to Demasi’s report.

“Of the 6 major regulators approached by the BMJ, only Canada’s drug regulators did not routinely seek advice from an independent committee, and its evaluation team was the only one completely free of financial COIs,” Demasi wrote.

Another major concern is the lack of transparency in the approval process in evaluating the safety and efficacy of certain treatments.

Though Europe’s EMA, Health Canada, and Japan’s PMDA all publicize substantial amounts of clinical data from drug sponsors, the FDA and Australia’s TGA remain largely untransparent in their approval process.

In 2020, the FDA was sued by a group of 80 clinicians and professors to publicize Pfizer’s vaccine data following expedited approval through emergency use authorization.

Since 2021, documents on the Pfizer vaccine trials have gradually been released, with shocking findings in the documents of increased disorders in the nervous system, cardiac system, and blood system when compared to influenza vaccines.

While FDA staff have at least evaluated documents submitted by pharmaceutical companies, TGA’s FOI request has shown that the agency has not seen the source data for the COVID-19 vaccine trials, rather the agency evaluated the manufacturer’s data in summary form. The agency does not have individual data on participants in regards to the COVID-19 vaccine trials either (pdf), which are held by the vaccine manufacturer.

Demasi argued the prevalent expedited approvals are also harming the safety of consumers.

With 68 percent of drugs approved in the United States passing through the accelerated approval process, and 50 percent in Europe, these put consumers at greater risk of harm.

Previous studies have shown accelerated approval processes have resulted in new drugs being more likely to be withdrawn due to safety concerns and more likely to carry black box warnings.

“The accelerated approval pathway explicitly changes the underlying efficacy ‘standard’ in that it allows approval based on changes to a surrogate (non-standard) measure that is not well validated, and is only reasonably likely to predict clinical benefit,” says Prof. Aaron Kesselheim from Harvard Medical School and Brigham and Women’s Hospital in the study.

A revolving door mechanism between regulators and industry also contributes to the corruption of drug regulators, according to the study.

Nine out of 10 past FDA commissioners between 2006 to 2019 went on to secure positions in pharmaceutical companies.

FDA’s 24th and the most recent past commissioner, Stephen Hahn, is currently working for Flagship Pioneering, a company that invests in new biopharmaceutical companies.

The current FDA commissioner, Robert Califf, was rehired to the position he previously held under the Obama administration, though some senators argued that his ties to the pharmaceutical industry made him unfit.

Califf previously worked at Verily Life Sciences and financial disclosure forms showed he was paid $2.7 million by the company. He also served in advisor positions on the boards of two pharmaceutical companies, AmyriAD and Centessa Pharmaceuticals in 2021.

Experts have proposed minor and both major changes to drug regulators.

Light argued for the setup of an additional watchdog to regulate the drug regulators or other non-for-profit drug evaluators like Germany’s Institute for Quality and Efficiency in Health Care, which claims no relationship with the pharmaceutical industry.

Some experts argued for reforms in advisory committees, including public disclosure of all financial COIs as well as an explanation of why these experts cannot be replaced with those without COIs.

“There needs to be more clarity about the endpoints and what the scientific basis is for choosing an endpoint.” Kesselheim proposed in the study, advising re-examination and reform to expedited drug approvals.

The study was published in the British Medical Journal, a reputable peer-reviewed journal, on June 29.