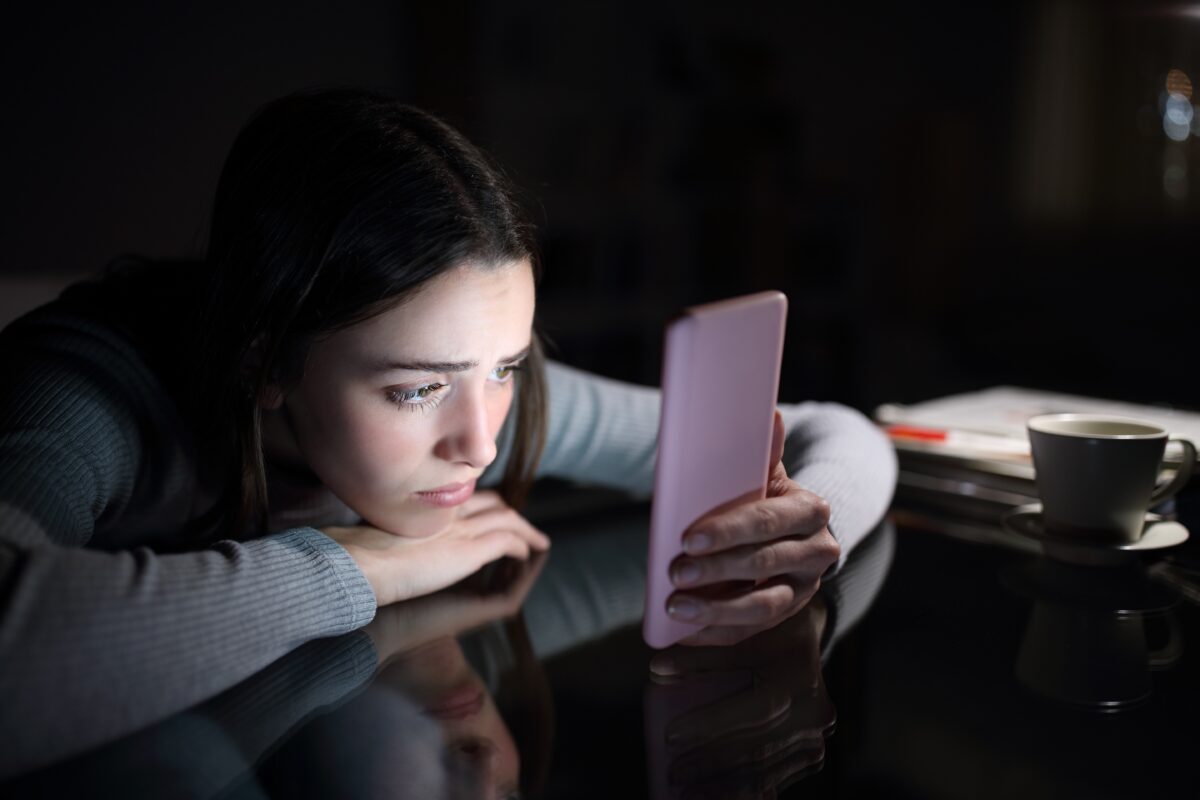 Facebook’s other social media site, Instagram, may be costing teens their confidence and sense of self worth. (Antonio Guillem/Shutterstock)
Health

Facebook has known for a year and a half that researchers are right, its Instagram app hurts teens
BY Christia Spears Brown  TIMESeptember 25, 2021 PRINT

Facebook officials had internal research in March 2020 showing that Instagram—the social media platform most used by adolescents—is harmful to teen girls’ body image and well-being but swept those findings under the rug to continue conducting business as usual, according to a Sept. 14 report in The Wall Street Journal.

Facebook’s policy of pursuing profits regardless of documented harm has sparked comparisons to Big Tobacco, which knew in the 1950s that its products were carcinogenic but publicly denied it into the 21st century. Those of us who study social media use in teens didn’t need a suppressed internal research study to know that Instagram can harm teens. Plenty of peer-reviewed research papers show the same thing.

Understanding the effects of social media on teens is important because almost all teens go online daily. A Pew Research Center poll shows that 89 percent of teens report they are online “almost constantly” or “several times a day.”

Teens are more likely to log on to Instagram than any other social media site. It’s a ubiquitous part of adolescent life. Yet studies consistently show that the more often teens use Instagram, the worse their overall well-being, self-esteem, life satisfaction, mood, and body image. One study found that the more college students used Instagram on any given day, the worse their mood and life satisfaction was that day.

But Instagram isn’t problematic simply because it’s popular. There are two key features of Instagram that seem to make it particularly risky. First, it allows users to follow both celebrities and peers, both of whom can present a manipulated, filtered picture of an unrealistic body along with a highly curated impression of a perfect life.

While all social media allows users to be selective in what they show the world, Instagram is notorious for its photo editing and filtering capabilities. Plus, that’s the platform popular among celebrities, models, and influencers. Facebook has been relegated to the uncool soccer moms and grandparents. For teens, this seamless integration of celebrities and retouched versions of real-life peers presents a ripe environment for upward social comparison, or comparing yourself to someone who is “better” in some respect.

Humans, as a general rule, look to others to know how to fit in and judge their own lives. Teens are especially vulnerable to these social comparisons. Just about everyone can remember worrying about fitting in while in high school. Instagram exacerbates that worry. It’s hard enough to compare yourself to a supermodel who looks fantastic (albeit filtered); it can be even worse when the filtered comparison is Natalie down the hall.

Negatively comparing themselves to others leads people to feel envious of others’ seemingly better lives and bodies. Recently, researchers even tried to combat this effect by reminding Instagram users that the posts were unrealistic.

It didn’t work. Negative comparisons, which were nearly impossible to stop, still led to envy and lowered self-esteem. Even in studies in which participants knew the photos they were shown on Instagram were retouched and reshaped, adolescent girls still felt worse about their bodies after viewing them. For girls who tend to make a lot of social comparisons, these effects are even worse.

Being an object for others to view doesn’t help the “selfie generation” feel empowered and sure of themselves—it can do exactly the opposite. These aren’t insignificant health concerns, because body dissatisfaction during the teen years is a powerful and consistent predictor of later eating disorder symptoms.

Facebook has acknowledged internally what researchers have been documenting for years: Instagram can be harmful to teens. Parents can help by repeatedly talking to their teens about the difference between appearance and reality, by encouraging their teens to interact with peers face-to-face, and to use their bodies in active ways instead of focusing on the selfie.

The big question will be how Facebook handles these damaging results. History and the courts have been less than forgiving of the head-in-the-sand approach of Big Tobacco.

Christia Spears Brown is a professor of psychology at the University of Kentucky. This article was first published on The Conversation.