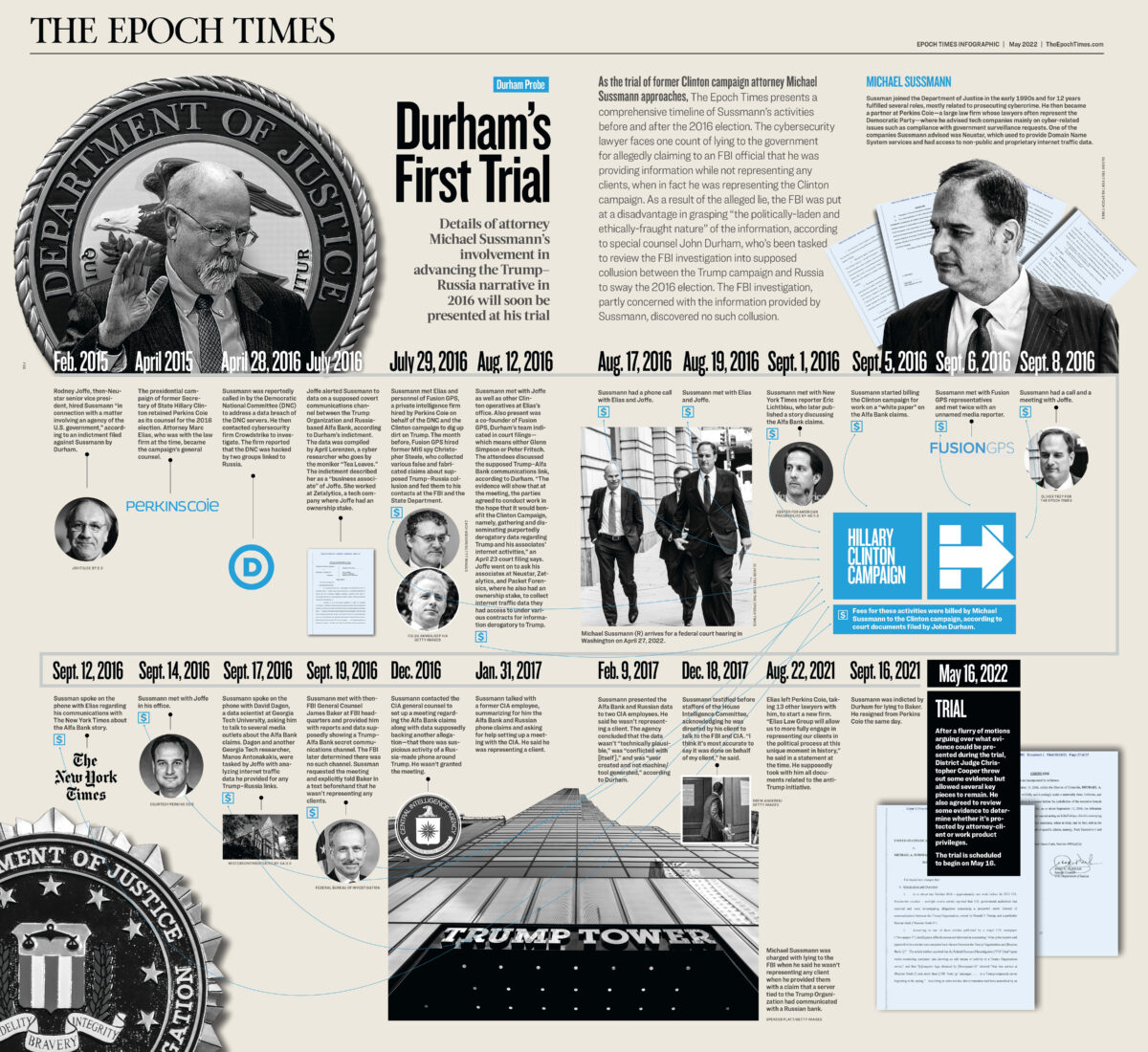 As the trial of former Clinton campaign attorney Michael Sussmann approaches, The Epoch Times presents a comprehensive timeline of Sussmann’s activities before and after the 2016 election. The cybersecurity lawyer faces one count of lying to the government for allegedly claiming to an FBI official that he was providing information while not representing any clients, when in fact he was representing the Clinton campaign. As a result of the alleged lie, the FBI was put at a disadvantage in grasping “the politically-laden and ethically-fraught nature” of the information, according to special counsel John Durham, who’s been tasked to review the FBI investigation into supposed collusion between the Trump campaign and Russia to sway the 2016 election. The FBI investigation, partly concerned with the information provided by Sussmann, discovered no such collusion.

Sussman joined the Department of Justice in the early 1990s and for 12 years fulfilled several roles, mostly related to prosecuting cybercrime. He then became a partner at Perkins Coie—a large law firm whose lawyers often represent the Democratic Party—where he advised tech companies mainly on cyber-related issues such as compliance with government surveillance requests. One of the companies Sussmann advised was Neustar, which used to provide Domain Name System services and had access to non-public and proprietary internet traffic data.