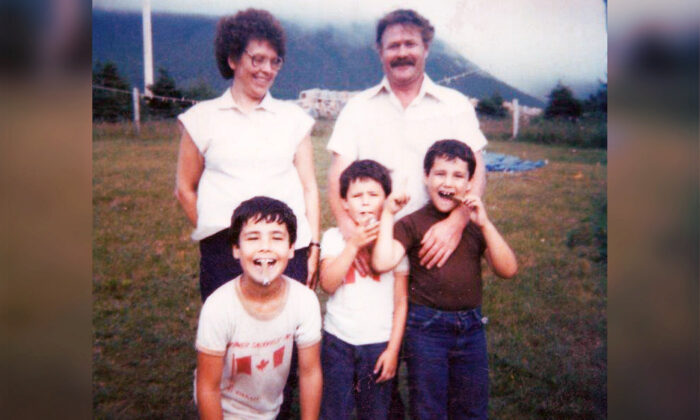 Jesse Thistle of Toronto is a published author and expert on the indigenous cultures of Canada. But not so long ago, he was a “street guy” with nowhere to stay, addicted to drugs, and stealing coins out of wishing fountains just to get by.

After time spent in jail and rehabilitation, and at the dying wish of his grandmother, Jesse decided to turn his life around. He is now a university professor and Ph.D. candidate, his life unrecognizable from the one he once led.

“What pulled me out was the love people wrapped around me—my wife, my grandmother, reconciling with my grandfather—and loving myself,” Jesse told CBC.

Separated from his parents at the young age of 3 or 4, Jesse lived with his two brothers and his paternal grandparents.

“When Indigenous kids came across Child Services’ desks, their natural inclination was to put them in white homes because white people were seen as prosperous and responsible,” Jesse explained to BBC. “It was called the Sixties Scoop—thousands and thousands of Indigenous kids were taken that way—it was endemic.”

So, the half-Métis-Cree siblings were placed with their current (white) grandparents. Their grandfather was a strict man, who believed in corporal discipline and vowed to disown the boys if he ever caught them doing drugs.

Growing up as indigenous kids in a predominantly white neighborhood, Jesse and his brothers struggled to fit in.

This, combined with abandonment issues from the fact that their mother never came for them, created a huge struggle for Jesse.

He understands that his mother—who is a member of the Métis-Cree Indigenous group—was never given the choice whether or not to keep her children.

He says, “Back then, Indigenous women were thought of as unclean, unfit and derelict of their positions as mothers.”

But as a teen, the emotional toll of his situation was enough to lead him to drugs.

When Jesse was caught with a bag of cocaine, his grandfather made good on his promise and kicked him out of the house at the age of 19.

“It was like my world had ended,” he said. “I could see on their faces that I’d broken their hearts.”

It wasn’t until nearly a decade later, having lived on the streets and winding up in jail, that Jesse successfully went through rehabilitation and transformed his life.

In part, he has his grandmother to thank for his success.

On her deathbed, she called Jesse and asked him to visit her.

“She gave me a tongue-lashing,” he said. “She was like, ‘I’m really disappointed in you. I want you to make me a promise—follow through with this education, go to university, and go as far as you can.'”

Jesse, who had already been reteaching himself to read and write in jail, promised he would.

Two weeks later, she passed away.

His grandmother wasn’t the only family member who reached out, either. Jesse also received a call: a voice on the line he thought he’d never hear from again.

His mother, Blanche Morrissette, had finally found her son.

Jesse was so overcome, he hung up on her several times during their first call.

“I was just terrified of being rejected and terrified of love. But it was a beautiful conversation—it was like a rain quenching the prairies after a long drought, that’s what it felt like,” he said.

In 2013, he got the chance to return to his native Saskatchewan to reunite with her and visit his aunts.

Eventually, he got clean, met a woman he loved, and even went back to university.

After doing ancestry research for a school project, he discovered that he “came from a long line of chiefs, political leaders and resistance fighters.”

“That filled me with such pride that it fired me up to want to know more and more,” he said. “I knew that the key back to myself was through this assignment—I poured my heart into it.”

Now, Jesse is an award-winning researcher and published author of the memoir “From the Ashes.” He is currently finishing his Ph.D., and teaches indigenous studies at York University, where he says students often turn to him “looking for a connection back to their ancestry.”

“I help them understand who their ancestors were and why their families have ended up where they are,” he said. “It’s a beautiful thing to watch people get to know their history.”

For anyone struggling with addiction, Jesse says that no one is beyond forgiveness.

“No one’s all virtuous and pristine and pure—and nobody’s totally evil and deserves not to be forgiven,” he told CBC. “My life is an expression of that.”