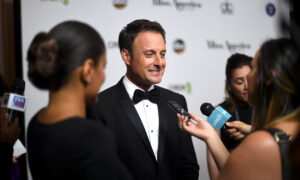 Lil Wayne reportedly delayed his own flight to thank military personnel for their service.

The rapper was due to take off from Indianapolis International Airport on March 5, but saw some military members disembark from a newly arrived military aircraft.

“Lil Wayne apparently told his pilots he wanted off. They shut down their engines, and he and his boys got off their plane, came into the lobby, and shook every one of the service men’s hands,” she said on Facebook.

“There was no press and no one to show off for…just a seemingly genuine act of respect. I know a lot of controversy surrounds him but, today, I was impressed.”

Lickliter, who apparently works at the airport, added in a comment:

“I’ve liked him from day one. He can get a little raunchy for me sometimes, but I’m still a fan. He made me smile even before this by treating my line guys with respect…his entire entourage was friendly as hell too. Doesn’t happen often. And then to see his whole crew jump off their plane, just as they were getting ready to taxi away, and come in to make my military men smile…it was great.”