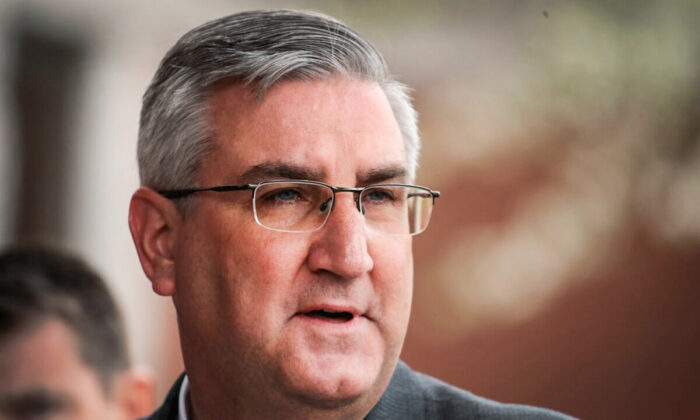 Indiana Gov. Eric Holcomb has vetoed a bill that would bar transgender athletes from competing in girls school sports across the state.

In a veto letter on Monday, Holcomb, a Republican, said that he feels the legislation “falls short” of providing clarity and a consistent state policy for what he called “fairness in K-12 sports” in Indiana.

The “presumption of the policy laid out in HEA 1041 is that there is an existing problem in K-12 sports in Indiana that requires further state government intervention,” wrote Holcomb, who signaled support for the bill last month.

“It implies that the goals of consistency and fairness in competitive female sports are not currently being met. After thorough review, I find no evidence to support either claim even if I support the overall goal,” he wrote, noting that the measure “leaves too many unanswered questions.”

Opponents of the transgender sports bill argued it was a bigoted response to a problem that doesn’t exist, with the American Civil Liberties Union of Indiana saying it planned a lawsuit against what it called “hateful legislation.”

Republican sponsors of the bill said it was needed to protect the integrity of female sports and opportunities for girls to gain college athletic scholarship.

Holcomb said the “wide-open nature” of the grievance provisions in HEA 1041 that apply to all K-12 schools in the state “makes it unclear about how consistency and fairness will be maintained for parents and students across different counties and school districts.”

The governor noted that this concern was also raised by the Indiana High School Athletic Association, a non-governmental entity.

“Student-athletes could be treated differently according to which school they attend and compete for,” Holcomb wrote. “Frustration of students, parents and administrators will likely follow. This of course only increases the likelihood of litigation against our schools with the courts having to adjudicate the uncertainties.”

Holcomb also noted that in several states that have passed similar legislation, lawsuits have been filed, or have threatened to be filed.

“Any bill brought forward should address the issues raised in these lawsuits,” the governor wrote.

Indiana lawmakers can override the governor’s veto with simple majorities in both the House and Senate. A veto override vote could happen as soon as May 24, which legislative leaders have scheduled as a tentative one-day meeting.