In First and Only Debate, Oz and Fetterman Immediately Attack Each Other Over Abortion 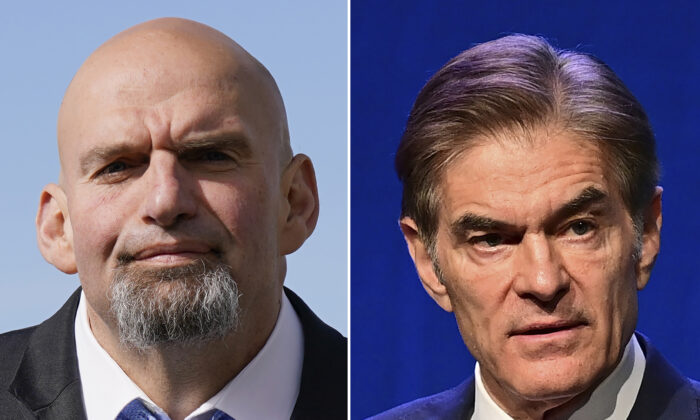 HARRISBURG, Pa.—In one of the most anticipated election season events, Republican Senate candidate Mehmet Oz finally faced Democrat John Fetterman in a debate. And they both immediately came out swinging.

On the campaign trail, Oz stated he’s pro-life but supports abortion exceptions in cases of rape, incest, and to protect the mother’s life. Thus, a question first went to him and challenged that by asking if abortion, in general, should be banned.

Oz then pivoted to attacking Fetterman over his “extreme” and “out-of-touch” abortion stance, “[Fetterman] would demand federally mandated rules for all states—they have to follow that—would allow abortion at 38 weeks on the delivery table, and he would force it to be subsidized by taxpayers across the country no matter what their personal beliefs are. That’s radical, that’s extreme, that is out of touch with what the average voter in Pennsylvania believes is appropriate.”

Given a chance to respond specifically to the charge of pulled campaign ads and dishonesty, Fetterman avoided the question and instead stated, “You know, if you believe that the choice of your reproductive freedom belongs with Dr. Oz, then you have a choice. But if you believe that the choice for abortion belongs between you and your doctor, that’s what I fight for. Roe v. Wade, for me, should be the law. He celebrated when Roe v. Wade went down, and my campaign would fight for Roe v. Wade and, if given the opportunity, to codify it into law.”

Not given a chance to respond to Fetterman, Oz was asked whether he would vote for a federal bill to ban abortions after 15 weeks.

He responded that he wouldn’t support any “federal rules that block the ability of states to do what they wish to do” on abortion and added that abortion decisions should reside with the states.

In the middle of Oz’s response, Fetterman jumped in and accused Oz of “rolling with Doug Mastriano,” which prompted the moderator to remind Fetterman that he’d get a chance to answer his own question.

Oz finished his answer by again stating he doesn’t believe the federal government should interfere with how states decide on abortion and once more pointed to Fetterman purposefully misrepresenting his position. He added that Fetterman wants a federal law allowing abortion for any reason up to 38 weeks and have the taxpayers pay for it.

Given a chance to respond, Fetterman said, “I believe abortion rights is a universal right for all women in America. I believe that abortion is health care, and I believe that is a choice that belongs with each woman and their doctor.”

Fetterman added that he would support allocating federal funds to transport women from states with abortion bans to states where abortion is legal.