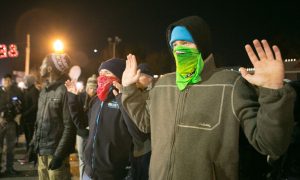 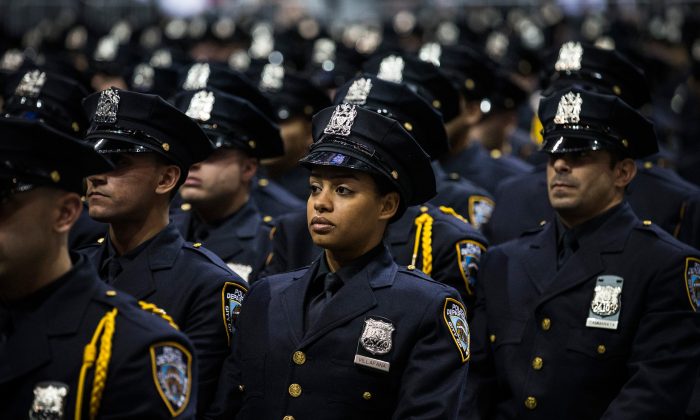 Friction between New York City police and city council members has only grown more visible over time amidst ongoing protests over the grand jury decisions in Missouri and Staten Island to not indict white police officers for the tragic deaths of unarmed black men.

Whether there is accountability for police misconduct and whether police are encumbered by the many watchdog agencies from doing police work, are central questions as protests in New York and the rest of the country continue. That the council and police can’t come to a compromise on the answers to these questions only fuels the conflict.

These include a request for the Inspector-General of the police department to investigate how cases of police brutality are handled and expanding the Civilian Complaint Review Board. Council members have also staged a protest stating that black lives matter and have several bills in the works for regulating police behavior. The Patrolmen’s Benevolent Association has released a series of statements decrying the council’s actions.

“I am disgusted with the double talk coming out of this City Council,” said PBA President Pat Lynch, “They praise police with words and then take actions that clearly demonstrate their true lack of support.”

As one of two lone voices of dissent, Bronx Council member James Vacca cautioned his colleagues during a related meeting last month that if passed, much of the legislation “would mean that this council is inserting itself, in many times, into the day to day operations of the police department.”

While Vacca spoke at the meeting, his fellow council members sitting beside him chatted with each other, checked their phones, and looked bored. Many spoke up adamantly in defense of the proposed legislation.

A growing rift between police and the city council is far from preferable, as protests sink into chaos on occasion, and questions arise over whether the Staten Island grand jury decision should be challenged.

Last week, the council announced a formal request to the newly appointed police Inspector General to investigate how police are dealing with brutality accusations. The Inspector General is a pet project of the City Council’s. The office was created at the end of last year to increase public safety, protect civil rights, and build stronger police-community relations, according to Local Law 70.

The NYPD Inspector General office responded to the request in a statement, “We look forward to receiving the City Council request.” The office had already been reviewing use of force, specifically, chokeholds, for several months, the statement revealed, but would not discuss the investigation until completion.

The council also plans to expand the Civilian Complaint Review Board (CCRB) to more locations, to give the public more opportunities to file complaints about police behavior.

Police union president Lynch dismissed the review board’s effectiveness, stating, “Civilian complaints are not worth the paper they are written on because anyone can file the most baseless, sensational complaint.”

Instead of taking each complaint at face-value, the board should require complaints to be made with the penalty of perjury, Lynch recommended.

The CCRB investigates each complaint, including interviewing the accused police officers. Still, all complaints are kept on an officer’s record, regardless of if they are proven false.

“This is one of the most overseen agencies in the country,” said Heather Mac Donald, a fellow at the Manhattan Institute, a conservative think tank, “At some point, the department is spending all of its time writing reports to other oversight bodies and it gets harder and harder to get policing done.”

Many council members have openly protested against police brutality and even staged a “die-in,” where they laid on the ground in solidarity with the deceased black men, in the hallway outside a stated meeting in City Hall.

Lynch has taken fault with the council members’ protest, covered by media. He called it an example of not being a responsible body of government.

Few in the city council speak up in defense of police, while sympathy for protesters and anger over police brutality abound.

Many bills to regulate police behavior have been introduced in the council in the past. Last month, three bills were introduced in particular, which are still under committee review. One would ban the chokehold and another would require officers to ask permission before searching a suspect. A third would require the police department to submit an annual report on the use of force.

Ulrich said of the raw deal police were getting: “Why we are attempting to demoralize police officers who are already demoralized, who are already underpaid, who are always getting their butts kicked in the news every day, by folks who don’t like them to begin with, quite frankly, is beyond me.”

Both council members refrained from commenting for this article.

Who Watches the Watchmen?

Protests ensued across the country when white police officer Darren Wilson was not indicted for the shooting death of 18-year-old Michael brown, who was black, in Ferguson, Missouri.

And protests erupted again when officer Daniel Pantaleo also wasn’t indicted by the Staten Island grand jury for placing Eric Garner in a chokehold and causing the latter’s death.

The resounding theme to public outrage has been that there is little accountability for police violence.

“The idea that this is a rogue department is just ridiculous,” she said. “Globally, [New York] is viewed as an absolute model of a police agency.”