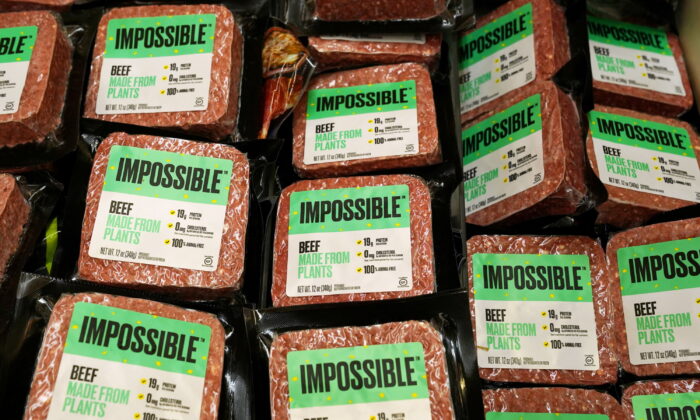 Impossible Foods plant-based beef products are seen inside a refrigerator at the meat section of a chain supermarket in Hong Kong, on Oct. 20, 2020. (Lam Yik/Reuters)
Companies

A Motif spokesperson called the lawsuit “nothing more than a baseless attempt by Impossible Foods to stifle competition” and said it would fight the claims.

Boston-based Motif announced last year that it had raised $226 million in its second round of investment financing.

Wednesday’s lawsuit said heme is a “central component of meat’s appeal,” and Impossible incorporates the protein in its plant-based burger to replicate meat’s taste, smell, and “overall sensory experience.”

The lawsuit said Motif’s use of an ingredient it calls “Hemami” in its imitation burgers infringes an Impossible Foods patent covering a “beef replica” product that also uses heme.

Impossible Foods asked for an undisclosed amount of money damages and a court order blocking Motif’s sales of the allegedly infringing burger.

An Impossible Foods spokesperson said the company welcomes competition but does “not tolerate attempts to undermine our brand or products” through infringement.