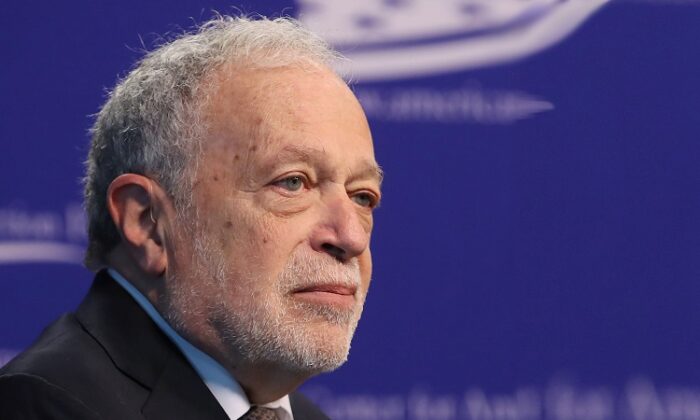 I volunteer to be the first guinea pig for Robert Reich’s Truth and Reconciliation Commission during the period after the election in which he assumes a Biden victory.

I assume Mr. Reich would concur some degree of testing and experimentation must be done to make his plan effective and, while taking nowhere near the bravery of being, say, a first COVID vaccine tester, someone has to do it.

I have several reasons I think I would be ideal for this task that I will get to in a minute, but first, for those who don’t know or those whose memory is sketchy—it’s already more than a week since Reich made his proposal—the former Clinton Labor Secretary wrote the following on Twitter, Oct. 17:

“When this nightmare is over, we need a Truth and Reconciliation Commission. It would erase Trump’s lies, comfort those who have been harmed by his hatefulness, and name every official, politician, executive, and media mogul whose greed and cowardice enabled this catastrophe.”

Reich uses post-apartheid South Africa as a model for his proposal—a country that continues to have more than its share of civic disruption, poverty, and violence—but no matter. There are others.

Which brings me to my qualifications for Mr. Reich’s—let’s be blunt without being sneering—reeducation program.

To begin with, I have been a Trump supporter in the elections of 2016 and 2020, and far from a “shy” one. While not much of a media mogul in the fat cat sense (alas), and therefore at best a medium-sized enabler of what he calls a “catastrophe,” I have written what must now be several hundred essays in support of the president, before and after his election, for PJ Media (which I cofounded), The Epoch Times, Real Clear Politics, City Journal, The New York Times (once) and the New York Post, among others. I have also appeared on television and radio, multiple times with a similar viewpoint.

None of this, admittedly, makes me especially qualified to be that guinea pig for Mr. Reich’s commission—many have done the same. Nonetheless, I stand for the job.

What makes me qualified was that years ago, when I identified with the left, I was invited with about a dozen others on an “activist’s tour” of the People’s Republic of China.

I know about reeducation camps, because I have seen one.

In those days (1979), the post “Gang of Four” period, China was just emerging from the Great Proletarian Cultural Revolution and the populace was still all in blue Mao suits (with the exception of Shanghai where, we were informed, “The proletariat likes bright colors.”).

As virtually the only Caucasians in the giant country we were followed down the streets of Beijing (then Peking) as a curiosity by seemingly hundreds of Chinese. Our guides, needless to say also intelligence agents, were with us at all times.

No one any longer was being marched around in dunce caps, at least that I could see, but there were many remnants of the Cultural Revolution, some still looked upon favorably.

One that we visited—quite apropos of Mr. Reich’s proposal—was something called a May 7 Cadre School.

Stemming from Mao’s May 7, 1966 directive, these cadre schools were actually farms where “intellectuals” from office workers to school teachers to college professors were “sent down” to labor in the fields and be “declassed” (read: reeducated) for an indeterminate time.

Ours was an actual pig farm where we met for a—very planned, again needless to say—talk with a smiling young woman who was in her normal life a grammar school teacher. She told us she had learned a lot working with the pigs.

And she probably had. I have to admit the idea of the May 7 School appealed to me at the time—at least intellectually. I knew several people I thought could use such reeducation, though I’m not sure it would have done much good. I doubt I could have lasted myself more than two weeks on the pig farm.

Validating the Trump-y Point of View

But the experience is for me now an amusing/mordant illustration of how off base the former Labor Secretary might be in his plans for the reeducation of all of us.

If we—those who were, like me, in Reich’s words, “greedy” or “cowardly” enough to be Trump supporters—were to be “sent down” to the farm, almost any farm, to be “declassed” in modern America we would find, for the most part, the very thing Mr. Reich loathes—more Trump supporters!

Those that were sent for reeducation would only get their Trump-y point of view validated.

And they might gain some useful information into the bargain they didn’t learn at Dartmouth or Yale (where both Mr. Reich and I went to school), like how to do some basic plumbing or plant corn.

FLASH FORWARD TO 2016: I covered the first Trump campaign for PJMedia and was a member of the press corps for campaign events from California to New Hampshire.

All of those events consisted of a lot of waiting around, as one might expect, before the candidate arrived.

What I noticed about the media with me behind the rope—some of them household names—was that, although they had plenty of time to go find out, they had little interest in who those thousands of people were who were waiting patiently in front of them for the man who would be president, that is, the “deplorables.”

In fact, they disparaged these people, yahoos in their estimation, making snide comments when they referred to them at all.

But it turned out, when I talked to them, the so-called “deplorables” were just as up-to-speed on events as the media honchos behind the rope. And why not? The internet is everywhere.

But they also knew things the media types—with the exception of some cameramen—did not, like how to fix their car or plant that corn. They were, also with exceptions of course, America’s working class.

Robert Reich, our former Labor Secretary who lives in Berkeley, Calif., doesn’t seem to have a clue who they, that working class, really are. It all comes from a textbook for him or perhaps some worn out tome by Irving Howe.

Reich ought to reeducate (or educate) himself before he reeducates us. It’s more than a little ironic, in this era of the nauseating Hunter Biden videos, Antifa, and antisemitic violence by anti-Trump protestors on the streets of New York, when Joe Biden is putting a “lid” on political discourse for the last nine days of a presidential campaign, avoiding any possible embarrassing questions, that the left is telling the right how to behave.

But don’t worry, Robert. If Trump wins, we’ll leave you alone. No reeducation camps or reconciliation of any sort required.