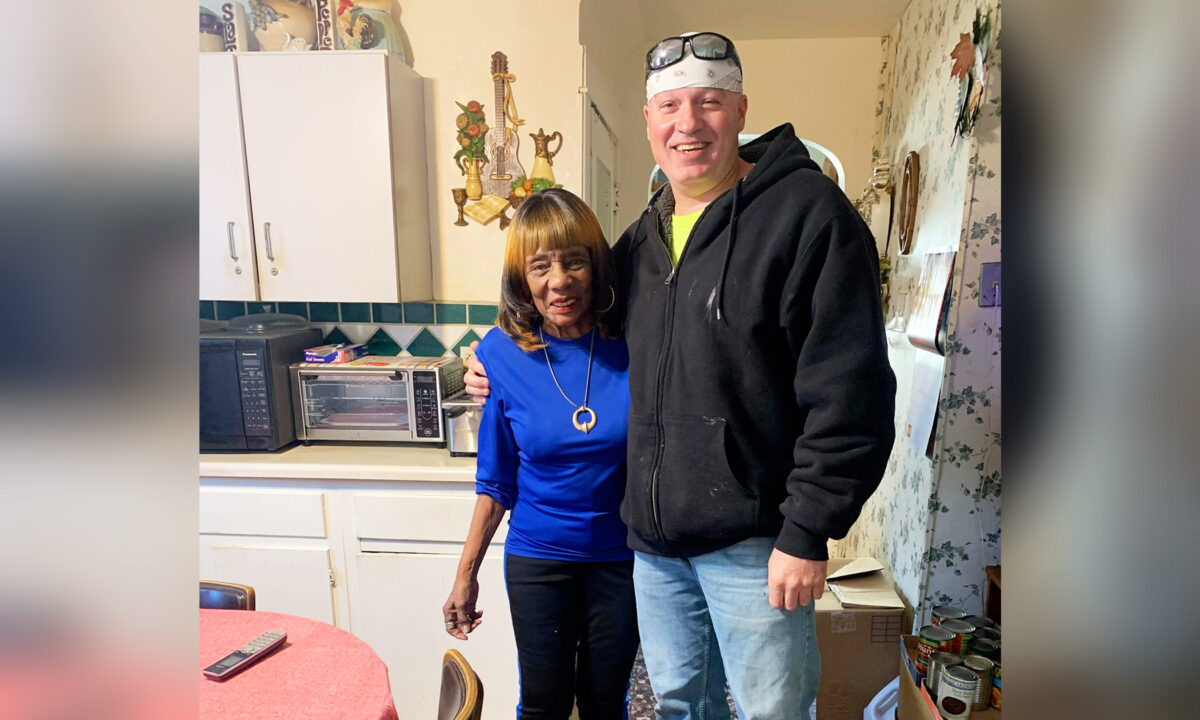 It wasn’t last Christmas but the one the year before when Illinois resident Chad Baker, 45, gave a house to the woman who was renting from him.

Just a few months ago, Baker was at it again.

The home remodeler, from Decatur, has now given his second of two rental properties to his 84-year-old former tenant Maggie Reid, a lady Baker describes as “just such a sweetheart.”

“We became really close, I never raised the rent on her the whole time I had the house,” he told The Epoch Times. “I’d just sit with her, and sometimes I’d have something to eat with her.”

She’d been living there since 2005, well before Baker bought the house six years ago.

In November 2020, Baker first offered both properties to his two tenants at the time; while his other former renter, 63-year-old Ruby Jones accepted, Maggie declined the offer.

“Maggie initially said she didn’t want it because she was too old and didn’t want to own a house,” Baker said.

After giving Baker’s offer some thought, and talking it over with her son, Maggie last summer had a change of heart.

“Just out of the blue one day, I was collecting rent and she said, ‘I’ve been talking and I think I want the house.’ I said, ‘Okay, the offer still stands,’” Baker recalled.

He called an attorney and had all the paperwork done up soon afterward. Yet, even after the offer was accepted, Baker didn’t mind putting in a little extra work to make the house more livable. He had a new concrete patio put in so that Maggie wouldn’t slip when it was icy outside during the winter.

Once her insurance was all set up, the house was turned over to the elderly lady, who was very grateful.

“I don’t know how many times she thanked me,” Baker said. “She said, ‘I just want you to know how thankful I am.’ I said, ‘I know you are, sweetheart.’”

According to Baker, their relationship goes beyond just landlord and tenant. He considers her more of a “grandma” to him, adding, “She tells everybody I’m like one of her kids, because we just hit it off from day-one.”

And the pair still keep in touch. “I just talked to her last week,” Baker said. “I said, ‘You need to get your homestead exemption for your house, get signed up for it. Since you’re a senior citizen, they’ll probably freeze your taxes.’”

He added, “Call me, and I’ll go up there with you and we’ll get it all filled out.”