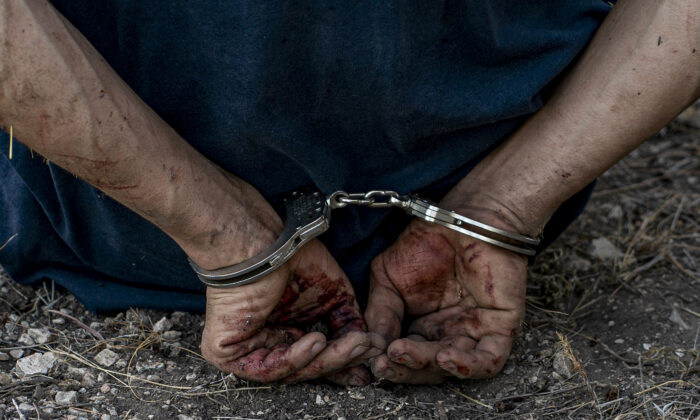 GOLIAD, Texas—Federal immigration officials have long said that every illegal immigrant who crosses the U.S. southern border has to pay the Mexican cartel in control of that area of the border, known as a “plaza.”

Fees vary depending on the nationality of the border-crosser and what type of “service” they’re paying for. It’s cheaper for those who want to cross and then turn themselves over to Border Patrol, although it’s still pricier for foreign nationals traveling from farther afield, such as China, Africa, or the Middle East.

For the individuals who want to avoid Border Patrol and get smuggled to their destination city in the United States, it costs more and involves more complicated logistics.

A recent Justice Department indictment of four Guatemalan smugglers revealed that the organization charged people between $10,000 and $12,000 to be brought from Guatemala to the United States illegally. Several Chinese illegal aliens have previously told The Epoch Times that they paid $15,000 to get into the country.

These aliens, who evade Border Patrol, are recorded as “gotaways” if agents or cameras detect their presence.

The gotaways often end up indentured to the cartel and spend years paying off their debt—no matter what they were promised at the outset, according to Goliad County Sheriff Roy Boyd.

“I actually have a letter from a sex slave house out of Rockport [Texas] from a search warrant I ran some years ago that articulates it,” Boyd told The Epoch Times on June 23. “It takes 8 to 13 years to buy your freedom once you come into the United States.”

He said Houston is the first major destination for many illegal aliens once they get across the border into Texas.

Working off the debt can involve anything from hospitality work, landscaping, and factory work to forced prostitution and drug trafficking, he said.

“We brought them here to jail. And what we found out was that those three females who thought they were going to be brought here and reunited with their family, were actually going to be taken to Chinatown in Houston and put into sex slavery,” Boyd said. “The smuggler actually had the fake Social Security cards in her underwear.”

Castro and a family member worked with a smuggling operation to hold illegal aliens hostage at their home and threatened to deprive them of food and water until they paid $11,000 to $12,000 or “worked off” the debt, according to the Department of Justice (DOJ).

“The investigation began when law enforcement in California received a tip from a woman who claimed her sister was being held for ransom in Texas,” the DOJ said in a statement.

“The woman reported that her sister had traveled from Guatemala to Mexico with the intention of seeking asylum in the United States, then crossed the border at the behest of a Mexican cartel who held her captive. She said her sister sent her a pin of a location in Friona [Texas] before she escaped.”

If convicted, Castro faces up to five years in federal prison.

Slavery isn’t exclusive to the gotaway population of illegal immigrants; visa holders and asylum-seekers have also been lured in.

In 2014, during an unprecedented surge of unaccompanied minors crossing the border, the Office of Refugee Resettlement placed eight children into the hands of traffickers, according to a report by the Senate Permanent Subcommittee on Investigations, released in 2018.

“There are a lot more slaves than people realize,” Boyd said. “It’s going on within our own sight, but we don’t recognize it, because it doesn’t look like what the History Channel tells us slavery looks like.

“Slavery is perpetuated, continued, and expands at a constant rate. That’s what we’re seeing.”