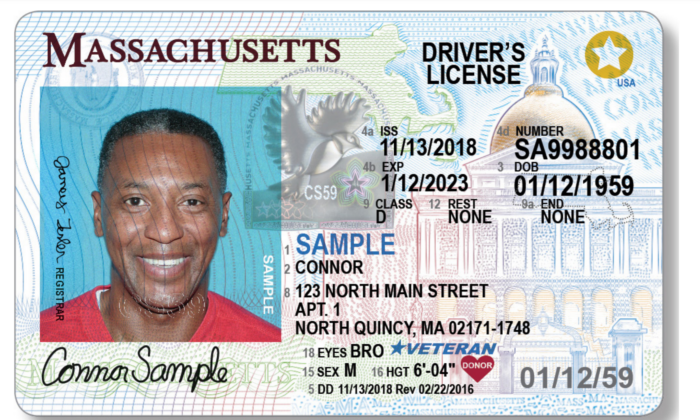 Illegal Aliens in Massachussets Close to Getting Driver’s Licenses

A bill that would put driver’s licenses in the wallets of illegal immigrants has been approved by the Massachusetts Senate.

The 32 to 8 vote that propelled the bill is enough to override a veto by Republican Gov. Charlie Baker, who has rejected several similar measures in the past. Baker has expressed worry that fake documents will be used to obtain driver’s licenses in Massachusetts.

Echoing that concern, Republicans who voted against the legislation on Tuesday called it an unfair reward for people living in the country illegally.

Republican Sen. Bruce Tarr said he was against the measure because there are no real means of verifying the true identity of the illegal aliens applying for a license.

“If the documents presented for identification purposes are not in English, then they have to have a certified translation, but the bill doesn’t mention who does the translation,” Tarr said at the Senate hearing on Thursday

The approval of driver’s licenses for illegal aliens is historic even for a liberal state like Massachusetts.

At a protest outside of the state capital in Boston, Yamila Ruiz, a native and legal resident of Argentina, spoke about the trauma she experienced when she was 12 watching her father being arrested for driving without a valid U.S. license.

“We had to live through the agonizing fear he was going to be deported and that we would never see him again,” said Ruiz.

There are an estimated 200,000 illegal aliens living in Massachusetts.

To be eligible for a driver’s license under the bill, which is called the Family Mobility Act, illegal immigrants would have to furnish at least two documents to verify their identity. They would also have to pass a road test.

If the House bill is voted or signed into law, Massachusetts would join 16 other states that give driver’s licenses to illegal aliens.

The most popular sentiment in favor of driver’s licenses for illegal aliens is that it would increase motor vehicle safety because they would at least have their driving skills put to a test.

Advocates also stressed that a license gives law enforcement the ability to track driving infractions and other violations committed by illegal aliens.

IIllegal immigrants driving without a license have been blamed for a myriad of motor vehicle and pedestrian accidents, including deadly ones.

In 2014, an Arizona police officer was killed when an unlicensed illegal alien driving drunk in the wrong lane hit his car head on. His mother spoke at the Republican National Convention in 2016 about the tragedy.

Raul Silva Corona not only had previous drunk driving convictions, but he also had a criminal record in Colorado. Corona’s blood alcohol level at the time he crashed into Sgt. Brandon Mendoza’s truck was three times the legal limit.

“All Boston and Massachusetts adults deserve access to driver’s licenses regardless of immigration status,” the statement said, “I support the Family Mobility Act because it will make all of us safer.”

Shortly after, the Democratic-supported bill was approved by the Massachusetts House by a 120 to 36 vote.

While almost a done deal, the Senate is sending the bill back to the House for some minor amendments.