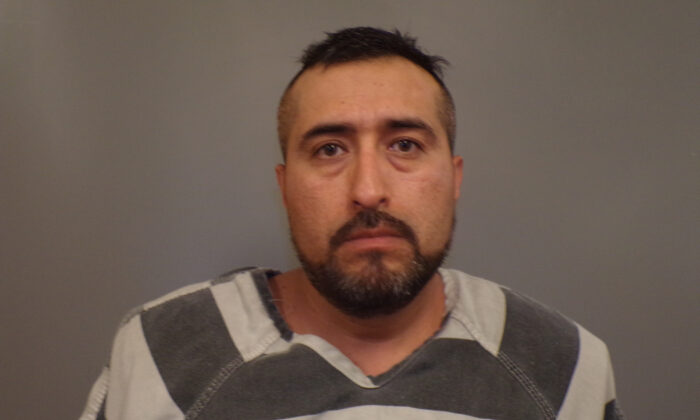 An illegal alien has been charged with first-degree kidnapping, three counts of capital murder, and two counts of abuse of a corpse, after a gruesome discovery in rural Alabama on Aug. 1.

José Paulino Pascual-Reyes, 37, who had previously been deported, is accused of murdering Sandra Vazquez Ceja and her son, who was younger than age 14, as well as kidnapping Ceja’s 12-year-old daughter in Tallapoosa County, Alabama.

The complaint alleges that Pascual-Reyes killed Ceja by smothering her with a pillow and her son “by bludgeoning him with his hands or feet” on or about July 24. He is also accused of cutting both bodies into “small pieces at the joints in order to hide evidence.”

Pascual-Reyes then allegedly tied Ceja’s 12-year-old daughter to the bedposts for about a week, plying her with alcohol to keep her in a drugged state, and abusing her. The girl eventually chewed through her restraints and escaped from the house.

A passerby called 911 after seeing the girl wandering down a road early on Aug. 1.

“The information she provided us was that she had been bound and held at the residence that’s located near where she was at,” Tallapoosa County Sheriff Jimmy Abbett told The Epoch Times.

“As we proceeded through it, a warrant was issued for [Reyes] on that offense—the kidnapping in the first degree—and then as our investigation continued, we determined that there were two decomposed bodies in the residence.”

Abbett said the bodies are still with forensics for formal identification and cause of death determination.

He said Pascual-Reyes and Ceja were a couple and had moved into the residence in February.

Abbett said the young girl is now in state custody and being provided for. He’s calling her a hero.

“What she had to endure and also provide us enough information where we could actually arrest this individual,” he said.

She’s doing as well as can be expected, he said. “No life-threatening injuries but, you know, you got the anguish and the mental part she’s got to deal with.”

The sheriff said he hasn’t had border-related issues in his county prior to this incident. Tallapoosa County has a population of about 41,000.

“This is really our first one. We’ve had some minor stuff, traffic stuff, and things of this nature, but not to the magnitude of this,” he said.

Pascual-Reyes is being held in custody without bond and had his first court appearance on Aug. 3, when he was provided attorneys.

He ended up with three capital murder charges due to Alabama’s law that adds an extra charge for killing two or more persons.

Immigration and Customs Enforcement didn’t respond by press time to a request for more information on Pascual-Reyes.