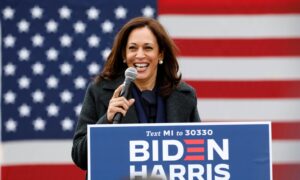 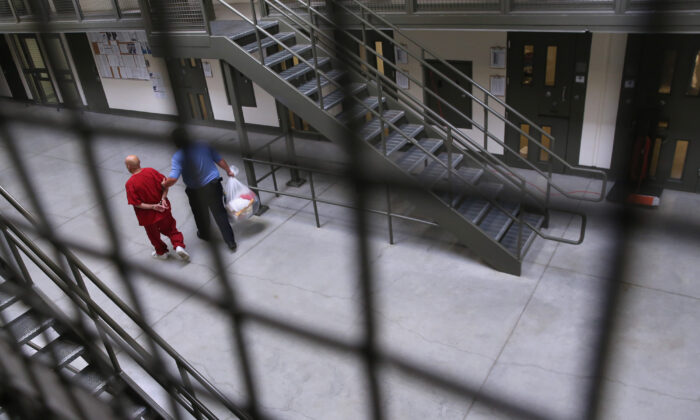 A guard escorts a detainee back into the general population at the Adelanto Detention Facility, in Adelanto, Calif., on Nov. 15, 2013. (John Moore/Getty Images)
US News

A U.S. district judge’s order mandating a reduction of the detainee population at an Immigration and Customs Enforcement (ICE) processing facility in Adelanto, California, has led to the release of more than 250 “dangerous criminal aliens into various communities,” the agency announced on Oct. 27.

Despite requests to transfer detainees to alternative sites, “ICE has complied with this overreaching court order; however, the public should know that the ruling undoubtedly places them at greater risk,” Tony H. Pham, ICE’s senior official performing the duties of the director, said in a statement.

U.S. District Court Judge Terry Hatter’s ruling on the Adelanto facility (pdf) came in response to a lawsuit filed in April by the American Civil Liberties Union against the privately run detention center over allegedly overcrowded conditions amid the CCP (Chinese Communist Party) virus outbreak. The action reduced the population at the facility to about 465.

More than 250 illegal immigrants with criminal histories, including assault with a deadly weapon, lewd/lascivious acts with a child, hit and run, and child cruelty, were released from the Adelanto, which is operated by a federal contractor, ICE said.

“Eight months into the pandemic, over 700 people remain imprisoned for civil immigration violations in an overcrowded jail where basic protective measures are impossible and dozens fall ill with COVID-19 each day,” said Jessica Bansal, senior staff attorney at the ACLU SoCal, in remarks to the San Bernardino Sun.

“Today’s order confirms that our Constitution does not condone such basic disregard for human lives and safety,” she said of Hatter’s ruling.

Among those released pursuant to the court order, more than 60 had final orders of removal by federal immigration judges. The agency warned that the release of detainees “could lead to unnecessary victimization by recidivist criminals.”

“ICE has been placed in a difficult circumstance to comply with a binding order that completely contradicts our duty to this nation,” Pham said. “These criminal aliens have serious convictions and charges—releasing them is an extremely risky gamble to take with public safety.”

Among the roughly 730 illegal immigrants detained at the Adelanto facility prior to the court-ordered reduction, over 85 percent had pending criminal charges and/or convictions, ICE said.

The Adelanto facility is the largest immigration detention facility in California. It has long been the target of protests by activist groups, with police arresting three protesters there last month, including two who were arrested for becoming “angry and violent towards law enforcement officers and (attempting) to lynch” a third protester from police custody, according to the San Bernardino County Sheriff’s Department, the Daily Press reported.