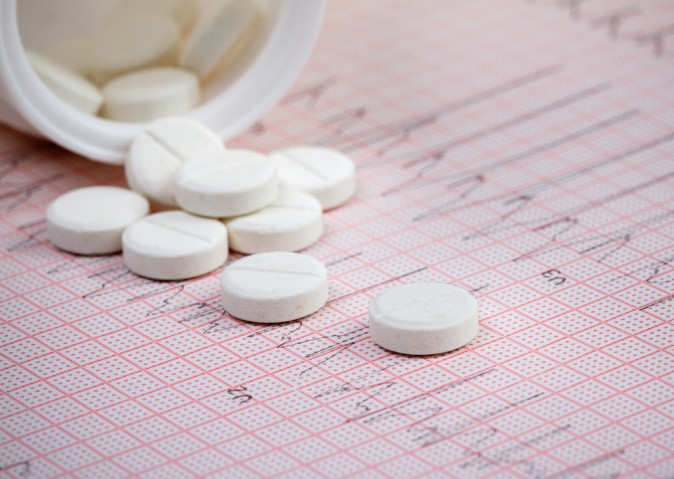 Ibuprofen Kills Thousands Each Year, so What Is the Alternative?

Back in 2013, one Reuters’ article opened with the following stunning sentence:

“Long-term high-dose use of painkillers such as ibuprofen or diclofenac is ‘equally hazardous’ in terms of heart attack risk as use of the drug Vioxx, which was withdrawn due to its potential dangers, researchers said.”

The 2004 Vioxx recall, as you may remember, was spurred by the nearly 30,000 excess cases of heart attacks and sudden cardiac deaths caused by the drug between 1999-2003. Despite the fact that scientific research had accumulated as early as 2000 linking Vioxx to increased heart attacks and strokes, the drug’s manufacturer Merck, and the FDA, remained silent as the death toll steadily increased.

Pain and unhealthy levels of inflammation are fast becoming default bodily states in the industrialized world. While in most cases we can adjust the underlying pro-inflammatory conditions by altering our diet, and reducing stress and environmental chemical exposures, these approaches take time, discipline and energy, and sometimes we just want the pain to stop now. In those often compulsive moments we find ourselves popping an over-the-counter pill to kill the pain.

The problem with this approach is that, if we do it often enough, we may kill ourselves along with the pain…

Ibuprofen really is a perfect example of this. As mentioned above, this petrochemical-derivative has been linked to significantly increased risk of heart attack and increased cardiac and all-cause mortality (when combined with aspirin), with over two dozen serious adverse health effects, including:

Ibuprofen is, in fact, not unique in elevating cardiovascular disease risk and/or mortality. The entire category of non-steroidal anti-inflammatory drugs (NSAIDs) appears to have this under-recognized dark side; cardiovascular disease and cardiac mortality score highest on the list of over 100 unintended adverse health effects associated with their use.

So, what does one do? Pain is pain. Whether it happens to you, or you witness it in another (which can be worse), finding relief is a top priority.

Research on Natural Alternatives To Ibuprofen

Here is some evidence-based research on alternatives to ibuprofen, sourced from the National Library of Medicine:

There are, of course, hundreds of additional substances which have been studied for their pain-killing and/or anti-inflammatory effects, and there are also aromatherapeutic approaches that do not require the ingestion of anything at all, but there is also a danger here. When we think of taking an alternative pain-killer to ibuprofen, we are still thinking within the palliative, allopathic medical model: suppress the symptom, and go on about our business. It would behoove us to look deeper into what is causing our pain. And when possible, remove the cause(s). And that often requires a dramatic dietary shift away from pro-inflammatory foods, many of which most Westerners still consider absolutely delightful, e.g. wheat, dairy, nighshade vegetables and even wheat-free grains, etc.

*Images of “pills‘ and “vitamin pills” via Shutterstock