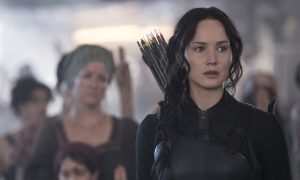 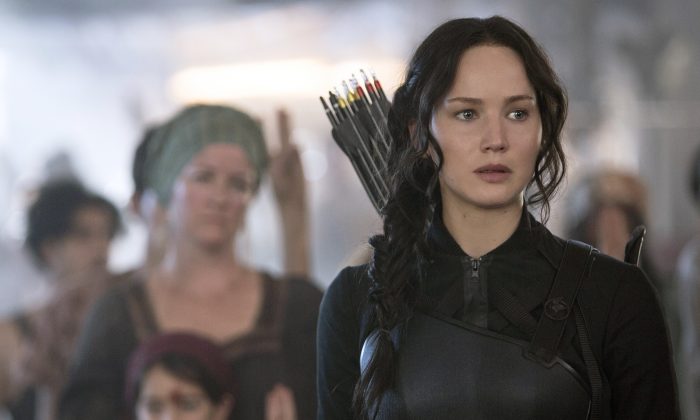 LOS ANGELES—Moviegoers wanted another helping of “The Hunger Games.”

“The Hunger Games: Mockingjay—Part One” ruled the Thanksgiving box office for a second weekend in a row with $56.9 million, according to studio estimates Sunday. The total haul for the latest installment of the Lionsgate dystopian series starring Jennifer Lawrence as Katniss Everdeen stands at $225.7 million domestically and $254.4 million internationally.

“Penguins of Madagascar” opened in second place with a chilly $25.8 million. The animated spinoff centers on the penguin characters from DreamWorks Animation’s “Madagascar” franchise.

Disney’s animated romp “Big Hero 6” and Paramount’s space-time saga “Interstellar” respectively held onto the third and fourth positions with $18.7 million and $15.8 million in their fourth weekend at the box office. The domestic total for “Big Hero 6” has ballooned to $167.2 million, while filmmaker Christopher Nolan’s “Interstellar” is orbiting $147 million.

“It was a situation where there was no way the box office could live up to the strength of the marketplace a year ago at Thanksgiving,” said Dergarabedian. “We had two unusually strong films at the top last year that completely knocked it out of the park.”

Estimated ticket sales for Friday through Sunday at U.S. and Canadian theaters, according to Rentrak. Where available, the latest international numbers are also included.