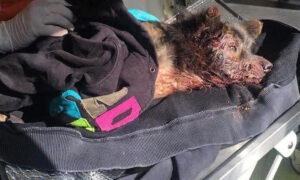 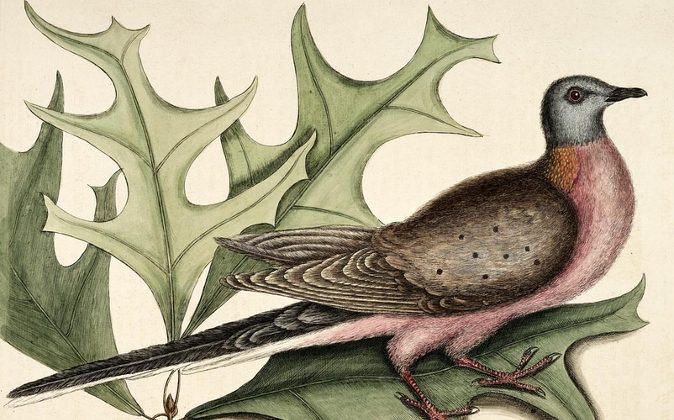 Humans Not Entirely at Fault for Passenger Pigeon Extinction

Once the most numerous bird species in North America, passenger pigeons went from numbering in the billions to being extinct in less than a century. Their decline has been mostly blamed on intensive hunting. But new research suggests that the human impact coincided with a natural decrease in population size, resulting in Martha, the last passenger pigeon dying in 1914.

Robert Zink from the University of Minnesota describes the story of a billion passenger pigeons passing one spot during a migratory passage. He estimates that it meant “nearly 400,000 birds per minute, stretching across the sky”. Flocks could block the sunlight for hours as they moved in mind-boggling numbers. On the ground, the passenger pigeons ate acorns, beechnuts and chestnuts but also soft fruits.

Regan Early, lecturer in conservation biology at the University of Exeter, said, “They were a keystone species that had incredible effects on the landscape. They came, dropped bird poo everywhere and devoured the fruit crops in the forests. Their excrement was toxic to plants and when a flock roosted on trees, they could break all the branches through the sheer numbers perching.”

It is nature’s fault too

Zink and his colleagues thought natural fluctuation may have played a role in the bird’s extinction. They knew that such fluctuations could dramatically reduce population size, and perhaps human exploitation through hunting and trade may have tipped the balance at the wrong time for this species, which could never recover.

To test this hypothesis, they carried out three different analyses. First, they looked at the DNA of the defunct species, which they sampled from four museum-stuffed passenger birds. Three of the specimens yielded enough usable genome sequences to analyse the population size through a complicated algorithm. “By analysing the pattern, it gives you an inference whether the population was stable, increasing, decreasing or, what we thought, oscillating,” Zink said.

According to Chih-Ming Hung from the National Taiwan Normal University, who was also part of the research, the idea is that the higher the genetic diversity, the bigger the population size. He admits three specimens was not a lot, but “the whole genome data of one passenger pigeon carriesthe information of the whole species”.

The second analysis is called “ecological niche modelling“. Here it is assumed that the location of the passenger pigeons was based on the climate in the area. With the help of computer models, they could then extrapolate where the pigeons lived at different points in time.

Finally, Zink and colleagues also looked at the population of oaks and the production of acorns through the years. Because acorns were the passenger pigeon’s primary source of food, this mapping allowed them to determine whether passenger bird populations naturally fluctuated between tens of millions and billions.

In all three cases the data was limited, especially in the case of the ecological niche modelling. Yet, Chih-Ming is confident. He said, “I used three individual genomes separately in three different analyses. All results were consistent. It shows our method is pretty robust.” Their results were just published in the Proceedings of the National Academy of Sciences.

When asked what could be done to gather more evidence to support their hypothesis, Zink admitted that the fluctuation hypothesis is part speculation. “Given the genetic history, it is clear that the pigeon numbers got really big and then really small. And that under normal circumstances when they were very few in number they were able to recover.”

Early, too, feels that the paper leads to “a hypothesis rather than a strong conclusion”. For instance, it is assumed that climate is the major factor in deciding where the passenger pigeons lived, but there is no independent data to identify any other factors that drove the distribution.

Also, the researchers don’t weigh their argument against other possibilities. One alternative is that the passenger pigeons grew dramatically in size in the 18th and 19th century because as the Native American population declined because of European colonists.

Ilya Maclean, lecturer in natural environment at the University of Exeter thinks this study can help people understand which species are most at risk. For instance, the official criteria for threatened species do acknowledge that population fluctuations, such as those in locusts or certain types of rodents, may put some at greater risk. “Perhaps such fluctuations are not given the attention this paper suggests they ought to give.”

Early said that animals today have an increasing amount of natural stress, from climate change to agricultural conversion. “The passenger pigeon’s tale is an interesting one as it points to the catastrophic things that happen when multiple stressors combine.”