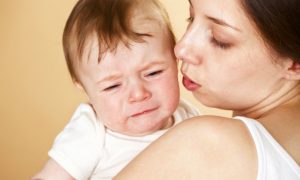 America’s preoccupation with the “word gap”— the idea that parents in impoverished homes speak less to their children, which, in turn, predicts outcomes like school achievement and income later in life — has skyrocketed in recent years, leading to a rise in educational initiatives aiming to narrow the achievement gap by teaching young children more words.

In a forthcoming article titled “Listen Up! Speech Is for Thinking During Infancy,” to be published in Trends in Cognitive Sciences, Northwestern University psychologist Sandra Waxman and New York University’s Athena Vouloumanos broaden the scope of this issue by assessing the impact of human speech on infant cognition in the first year of life.

“It’s not because [children] have low vocabularies that they fail to achieve later on. That’s far too simple,” said Waxman, the Louis W. Menk Chair in Psychology, a professor of cognitive psychology and a fellow in the University’s Institute for Policy Research. “The vocabulary of a child — raised in poverty or in plenty — is really an index of the larger context in which language participates.”

Consequently, Vouloumanos advocates speaking to infants, not only “because it will teach them more words,” she said, but because “listening to speech promotes the babies’ acquisition of the fundamental cognitive and social psychological capacities that form the foundation for subsequent learning.”

In the article, Waxman and Vouloumanos open with a synopsis of classic research on infants’ responses to human speech, but then take a step forward, bringing together a series of new findings that reveal that listening to speech promotes much more than language-learning alone.

Specifically, when it comes to noticing patterns or regularities among the sounds or objects that surround them, recognizing partners with whom they can communicate, and establishing coherent categories of objects and events, infants listening to human speech are more successful than their peers listening to other interesting sounds like tone sequences.

“These new results, culled from several different labs including our own, tell us that infants as young as 2 or 3 months of age not only love to listen to speech, but that they learn about fundamental cognitive and social relations better in the context of listening to speech than in any other context we’ve discovered yet. Nobody would have thought that,” Waxman said.

“This early tuned sensitivity to human language has positive, cascading developmental consequences that go way beyond learning language,” she concluded.