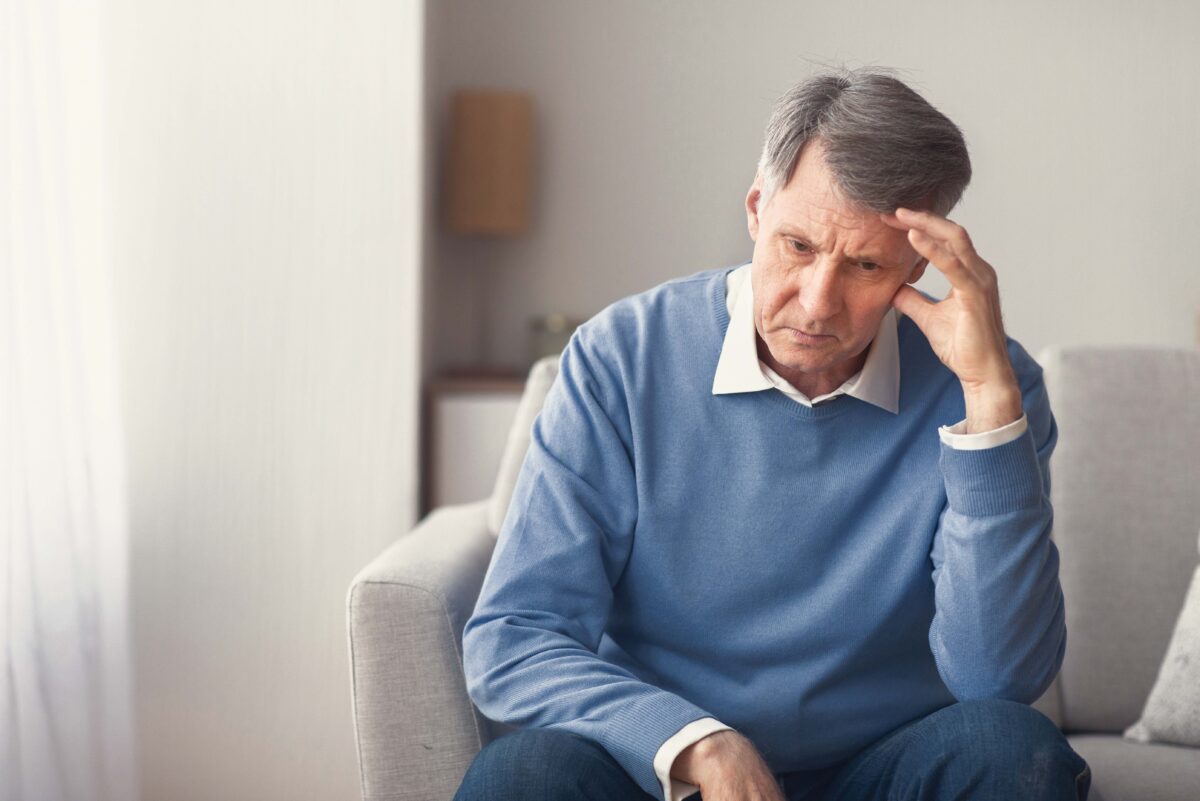 "The mind evolved to overreact to negative things so, to compensate for that, it’s good to take a moment to stop and consider the positive side." Roy Baumeister, author and social psychologist(Prostock-studio/Shutterstock)
Health

How to Overcome Your Brain’s Fixation on Bad Things

A new book reveals how the negativity bias operates in our lives and what we can do about it
BY Jill Suttie TIMEJanuary 23, 2020 PRINT

Why can’t we pull our attention away from a traffic accident or stop watching the news about the latest viral outbreak? Why are we waylaid by criticism or unable to get past a minor snub from our best friend?

That’s our negativity bias. We, humans, have a propensity to give more weight in our minds to things that go wrong than to things that go right—so much so that just one negative event can hijack our minds in ways that can be detrimental to our work, relationships, health, and happiness.

Overcoming our negativity bias isn’t easy to do. But a new book, “The Power of Bad: How the Negativity Effect Rules Us and How We Can Rule It,” co-authored by social psychologist Roy Baumeister and New York Times writer John Tierney, inspires hope. The book not only covers the fascinating science behind this stubborn bias but also gives readers practical tips to work around it in effective—and sometimes counterintuitive—ways. If we know that “bad” is stronger than “good,” the authors argue, we can use that knowledge to improve not only our own lives but society at large. Recently, I spoke with the two authors about their book and what we can learn from it. Below is an edited version of our interview.

Jill Suttie: Why did you want to write about the power of the negativity bias?

Ms. Suttie: What was one of the most surprising findings from the research on negativity bias?

John Tierney: There are lots of little surprising things to me—like the fact that you get almost no credit for doing more than you promised to do, for going beyond and doing extra, but you get penalized severely for what you don’t do.

Mr. Baumeister: If I had to pick one finding, in particular, it would be that people learn more and faster from punishment and reward. I’ve heard educators say that we shouldn’t criticize students or shouldn’t give bad marks, but giving both reward and punishment—both praise and criticism—is best, for informational purposes. If you have to pick just one, the negative feedback stimulates learning faster than the positive. That was the biggest surprise for me. […]

Ms. Suttie: In your book, you refer to the “Negative Golden Rule.” Can you explain what that is and why it’s important in relationships?

Mr. Baumeister: Well, the standard Golden Rule that we learned as a child is “Do unto others as you want them to do unto you.” But given that bad is stronger than good, the priority should be “Do not do unto others what you do not want done unto you.” It’s about focusing on eliminating the negative rather than cultivating the positive. Both are good, but eliminating the negative should get priority.

There’s abundant evidence from multiple sources that relationships are far more strongly affected by negative things than positive things. I sometimes ask my students, “Why do you think someone should marry you? Why would you be a great husband or wife?” They list all the positive things that they do—being a good listener, provider, good in bed, or whatever—that they think will make the relationship a success.

But what’s more important is to not do the bad things—can you hold your tongue when you’re angry or refrain from saying that something is his or her fault; or, when the family budget is stretched, can I refrain from an impulsive splurge? Negative things matter way more than positive things; so rather than reciprocating when your partner is being difficult or unpleasant, it’s especially important for you to ride it out and be positive and not fall into the trap of turning negative yourself.

Ms. Suttie: Is there a good way to provide criticism, given how much we hate receiving it?

Mr. Tierney: One of the big mistakes people have learned is that, when giving criticism, you should start off saying a lot of good things about the other person, then throw in some criticism, and wrap it up with some nice words. But most people would rather just get the bad news out of the way. Also, once you give people the bad news, they respond so strongly to criticism that the brain basically forgets the first part—people will walk out of the evaluation focusing on that criticism, with all the good stuff forgotten.

It’s better to give the bad news early; then the good news can sink in after that. People have got to hear the criticism to know what the problem is, but then you can tell them what they’re good at and let them know how they can improve.

Ms. Suttie: When it comes to news and media, you write that we tend to focus more immediately on the negative news, but we’re more likely to share positive news with others. What’s the reason for this, and how should it guide our consumption of the news?

Mr. Tierney: This is something that interested me in my media career—just seeing how eagerly we journalists will turn anything into bad news. So many things are going right in the world, and yet journalists can take what’s basically a good news trend and find one person doing badly and focus on that. The reason for this is probably that mass media aims at a mass audience, and the things that affect everyone tend to be negative—we’re all afraid of dying; we’re all afraid of being hurt. Focusing on those shared concerns is the easiest way to reach a mass audience.

It means we all need to work on going on a “low-bad” diet—basically, not allowing yourself to constantly watch mass media news. When there’s a terrible event—a school shooting or a terrorist attack—don’t just wallow in the coverage. These are awful events, but they’re also pretty isolated events.

Social media often gets a bad rap, but, in fact, people on social media tend to share stories that are more positive than mass media. That’s because the positive things we’re interested in—our hobbies, our cultural interests, the books we read—are more idiosyncratic. If you go on Facebook or you go on social media, you’ll find all these wonderful groups that are just devoted to shared passions—for certain authors, certain branches of science, Civil War history. Curating your news feed so that you’re not seeing so many negative stories can be good.

Ms. Suttie: You mentioned manipulation earlier. Do you ever worry that helping people understand the power of the negativity bias could lead them to misuse it in a way?

Mr. Tierney: I do think that the negativity effect is used for bad purposes all the time. The “merchants of bad,” as we call them—in the media and politics and advertising—are continually scaring us and they don’t need our book to figure this out. Market research shows that it’s the way to get people’s attention. So, in that sense, I don’t think we’re going to be giving people a weapon they’re not already using.

We’re hoping that people who consume the news or hear politicians trying to scare them, though, will realize how they’re being manipulated and start using their rational brain to overcome their negativity bias. Understanding how it works can help people see that what they hear or read is not necessarily an accurate view of the situation or even representative, and they’re just overreacting to the bad.

Suttie: Most people think that being a “Pollyanna” is a pejorative. But you actually make a case that there’s something to be said for being a little bit more Pollyanna-ish. Why?

Mr. Baumeister: The original “Pollyanna” movie was not a critical success. But the idea of taking a positive attitude is very appealing, which is probably why it was a commercial success.

The mind evolved to overreact to negative things so, to compensate for that, it’s good to take a moment to stop and consider the positive side. You don’t have to be as extreme as the Pollyanna character. But, in general, the indicators of human well-being are all moving up—life is getting better and is really good in many ways, despite the constant predictions of doom. So just to be accurate in how you see the world, you need to put a bit of a correction on the negativity bias.

Most of the research shows that bad things have about two, three, or four times as much impact as good things. If you want to have a good relationship, go for at least a five-to-one ratio of good things to bad things. I’ve heard people say, “Oh, I did this to annoy my wife or husband; I’d better do something nice to make it up to him or her.” But one nice thing doesn’t make up for one bad thing—you’ve got to do four things just to get back to even.

Ms. Suttie: You make a case for using rational thought to overcome the negativity bias. What about the role of cultivating positive emotions? Is that useful, too?

Mr. Tierney: Yes! We recommended keeping a gratitude diary in the book, for example. But that’s still a case of using your rational brain—you decide you’re going to keep a diary because the research shows that this will help you, thinking about the good things in your life. And that does indeed produce a wonderful emotional response; it’s one of the best ways to lift your spirits. So, in that sense, you’re using your rational brain to bring out those good emotions.

Mr. Suttie: What lesson do you hope most people will take away from your book?

Mr. Tierney: The basic message of our book is that bad is stronger than good, but good can prevail. We end the book very optimistically because we think that life has gotten so much better for the average person in the world in the last three centuries. It’s astonishing—we’re the luckiest people in history to be alive now. And things just keep getting better.

We’re hopeful that as we understand our inner nature, this negativity effect, we can use our rational brain to override that when it gets in our way and can use it for positive purposes. The more we can get our rational brain involved in overriding these gut reactions, the more things will keep getting better. And we think people can become happier, too.

Jill Suttie
Follow
Jill Suttie, Psy.D., is Greater Good’s former book review editor and now serves as a staff writer and contributing editor for the magazine. This article was republished from the Greater Good online magazine.
SHARE
Friends Read FreeCopyFacebookTweet
You May Also Like