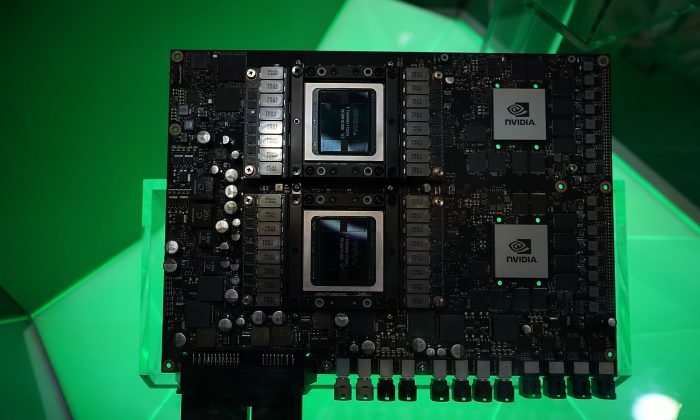 How the Chinese Military Is Buying American AI Chips: Report

Despite measures to limit U.S. technology exports to the Chinese military, chips designed by U.S. companies still end up in the hands of the People’s Liberation Army (PLA), according to a report by the Center for Security and Emerging Technology (CSET) at Georgetown University.

For the report, researchers combed through over 66,000 publicly available PLA purchase records during the eight-month period from April to November 2020 and identified 97 unique, high-end artificial intelligence (AI) chips ordered by the PLA. Nearly all of them were designed by U.S. firms Nvidia, Xilinx (now AMD), Intel, and Microsemi.

The CSET report, released last month, also noted that the researchers couldn’t find any public records of the PLA purchasing the high-end AI chips from any Chinese companies, including HiSilicon (Huawei), Sugon, Sunway, Hygon, and Phytium.

These AI chips are critical components to the Chinese Communist Party (CCP) for the “intelligentization” (the addition of artificial intelligence to a system, according to Kaikki.org) of its military and to the regime’s goal to gain dominance over the global AI design and manufacturing market.

Even though the CCP has poured tens of billions of dollars into its own semiconductor industry, Chinese companies, lacking “intrinsic knowledge and highly specialized equipment,” still can’t catch up to U.S. design firms, while “South Korea’s Samsung and the Taiwan Semiconductor Manufacturing Company … remain the titans of global semiconductor fabrication,” the report says.

To obtain the U.S.-designed AI chips, the CCP has been bypassing the limitations imposed by recent U.S. export controls.

The Biden administration has maintained Trump-era controls designed to curtail technology exports to military end users in China. These controls, however, don’t apply to items made outside the United States. Since most AI chips are made in South Korea and Taiwan, the end-user controls have very little power to limit purchases from Chinese entities, the report indicates.

Moreover, the Department of Commerce maintains an entity list through which the U.S. government can deny orders placed by hostile entities. About 500 Chinese firms are on the entity list. However, none of the seven Chinese intermediary suppliers (for the PLA) who ordered the 97 high-end AI chips found by the CSET researchers are on the list. And based on prior CSET research, a fraction of the PLA’s AI vendors are named in key U.S. export control and sanctions lists.

The seven intermediary suppliers are based in Beijing, Tianjin, Zhengzhou, Hangzhou, and Xi’an, and they are affiliated with the Chinese military through organizations including the Chinese Academy of Military Sciences, China Aerospace Science and Technology Corporation, PLA’s Strategic Support Force,, and others.

Meanwhile, some of these Chinese intermediary suppliers for the PLA are licensed distributors of U.S. chips.

The CSET report gives the example of Tianjin-based Sitonholy (Tianjin) Co. Ltd., which is listed as a partner on Nvidia’s website. It won a contract to supply Nvidia-designed Titan V graphics processing units to the PLA’s Academy of Military Sciences in April 2020. On its website, Sitonholy claims to be an “elite-level partner of Nvidia” and an “officially authorized distributor of Nvidia products” in China. In addition to the Chinese military, Sitonholy’s clients include 80 percent of universities in China working on AI.

Prior CSET research has highlighted that, nationwide, Chinese consumers import the majority of the country’s AI chips overwhelmingly from the United States, Taiwan, Japan, and South Korea.

The CCP’s military–civil fusion strategy is making it almost impossible for U.S. regulators to distinguish between military and nonmilitary end users in China, which is the basis of the majority of U.S. export controls. The fusion model allows the Chinese military to bypass U.S. export controls and have covert access to U.S. technology and equipment through its civil counterparts.

The authors propose that the United States expand its collection of open-source intelligence and adopt new export control measures based on features specific to high-end chips.

The researchers also found that the PLA uses front companies to get what it needs. For example, in August 2020, Beijing Hengsheng Technology Co. Ltd., which specializes in smart processors and high-performance computing, won a contract to supply Nvidia TX1 and Xilinx Virtex-7 processors to a subsidiary of the China Aerospace Science and Technology Corporation.

The two email addresses listed as points of contact for Beijing Hengsheng Technology in public financial records are registered for dozens of other technology consulting companies based in Beijing.

“The Chinese market accounts for 25 percent of global AI chip consumption,” the report says, “with AI chips sold to China in 2021 amounting to an estimated value between $2.5 billion and $5 billion.”

For major U.S. chip companies, more than a quarter of their revenues derived from China in 2021, as shown in the table below.

Curtailing the CCP’s access to U.S. technology has associated political and economic costs, the researchers point out. Another challenge would be whether, or how, to compensate for the loss of Chinese market access.

“One solution,” the report says, “could be to provide U.S. companies with viable alternatives to the Chinese market. The CHIPS for America Act of 2022 offers significant incentives for semiconductor companies to build fabrication facilities in the United States.”