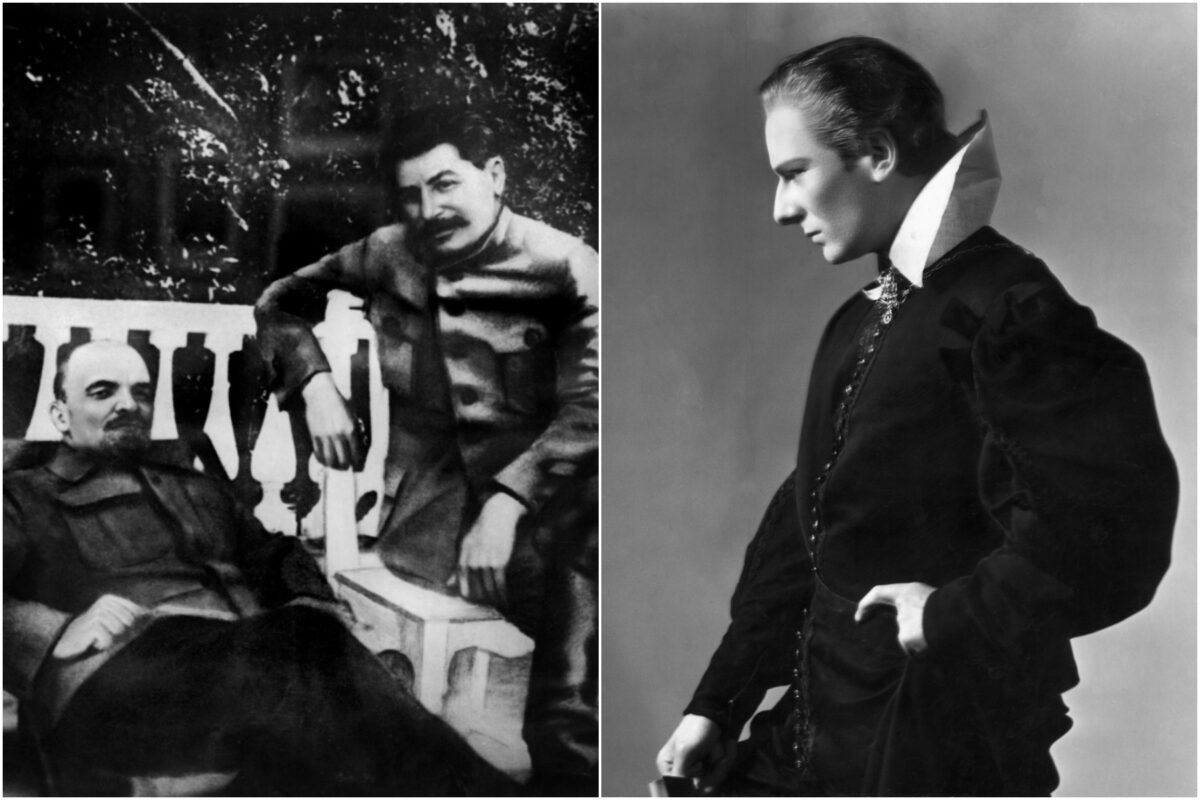 Mass fear can result in censorship that is just as stifling and oppressive as government bans, history shows
BY Jon Miltimore TIMEApril 28, 2021 PRINT

William Shakespeare’s play “Hamlet” is considered by some to be the single greatest story ever written.

“Hamlet” has it all: ghosts, sword fights, suicide, revenge, lust, murder, philosophy, faith, manipulation, and a climactic bloodbath worthy of a Tarantino film. It’s a masterpiece of both high art and sensationalism, the only play I’ve seen performed live three times.

Not everyone likes “Hamlet,” of course. One of its detractors was Soviet premier Joseph Stalin.

Stalin’s hatred for the play has almost become a thing of legend, in part because it’s unclear precisely why Stalin hated the play. Entire academic papers are dedicated to answering the question.

In his autobiography “Testimony,” the famous Russian composer Dmitri Shostakovich suggests that Stalin saw the play as excessively dark and potentially subversive.

“[Stalin] simply didn’t want people watching plays with plots that displeased him,” Shostakovich wrote. “You never know what might pop into the mind of some demented person.”

Stalin didn’t ban the play, however. He merely let it be known he disapproved of “Hamlet” during a rehearsal at the Moscow Art Theater, Stalin’s favorite theater.

“Why is this necessary—playing ‘Hamlet’ in the Art Theater?” the Soviet leader asked.

That was all it took, Shostakovich said.

“Everyone knew about Stalin’s question directed at the Art Theater and no one wanted to risk it. Everyone was afraid,” Shostakovich observed. “And for many long years ‘Hamlet’ was not seen on the Soviet stage.”

“Hamlet” is safe in the United States today, fortunately. Yet today’s “cancel culture” has purged many works of art—from Dr. Seuss books and “Gone With the Wind” to Disney movies such as “Peter Pan” and “Dumbo.”

These works of art aren’t being banned by state censors; they are being pulled or restricted by content providers, online stores, and publishers on the grounds that they are culturally or racially insensitive.

“These books portray people in ways that are hurtful and wrong,” Dr. Seuss Enterprises told The Associated Press upon announcing it would no longer publish six Dr. Seuss books, including “And to Think That I Saw It on Mulberry Street” and “If I Ran the Zoo.”

Whether these works of art are culturally insensitive is a subjective matter, as is the question of whether “Hamlet” is a morally subversive play. Now, there are those who deny that Dr. Seuss is actually being canceled at all.

“We can debate whether doing this was the right thing, but it’s important to point out a few things,” the film critic Stephen Silver wrote in the Philadelphia Inquirer. “The decision was made by the company that owns and controls the books, not by the government, or by a ‘mob’ that pressured it.”

Silver is correct to note there’s a difference between government censorship and self-censorship. But his claim there was no pressure behind the decision warrants scrutiny. (More on that in a moment.)

In any event, while there are differences in government censorship and self-censorship, both are dangerous, George Orwell observed.

“Obviously it is not desirable that a government department should have any power of censorship … but the chief danger to freedom of thought and speech at this moment is not the direct interference of the [government] or any official body. If publishers and editors exert themselves to keep certain topics out of print, it is not because they are frightened of prosecution but because they are frightened of public opinion. In this country intellectual cowardice is the worst enemy a writer or journalist has to face, and that fact does not seem to me to have had the discussion it deserves.”

What Orwell was saying is that fear of public opinion can also result in censorship.

Now, to be clear, we don’t know for certain the motivations of publishers who decide to stop publishing certain Dr. Seuss books. Just like we can’t know for sure why Spotify suddenly dropped 42 Joe Rogan episodes down the Memory Hole. But it’s not unreasonable to suspect the impetus driving the canceling of today’s works is not unlike that which drove “Hamlet” out of the Soviet Union: fear.

Stalin’s canceling of “Hamlet” showed government bans aren’t the only ways to suppress free expression, or even the most effective. As Shostakovich observed, Stalin’s ability to cancel “Hamlet” with a mere word was a far better demonstration of power than an official state ban. It required no law or formal announcement. All it took was a quiet word and fear, an emotion that Americans today are familiar with.

A recent Cato study shows self-censorship is surging in the United States, with two-thirds of Americans saying they are afraid to share ideas in public because of the political climate, which is increasingly dominated by “wokeism.”

These fears aren’t irrational. The examples of Americans fired, shamed, and canceled for being on the wrong side of “woke” culture are legion. The phenomenon last year prompted a letter in Harper’s Magazine signed by dozens of leading academics that condemned the intolerant climate of ideas.

“Editors are fired for running controversial pieces; books are withdrawn for alleged inauthenticity; journalists are barred from writing on certain topics; professors are investigated for quoting works of literature in class; a researcher is fired for circulating a peer-reviewed academic study; and the heads of organizations are ousted for what are sometimes just clumsy mistakes,” the letter read.

“We are already paying the price in greater risk aversion among writers, artists, and journalists who fear for their livelihoods if they depart from the consensus, or even lack sufficient zeal in agreement.”

This climate doesn’t end with writers and academics afraid to offer certain opinions, however. It extends to corporate boardrooms and executive committees, where individuals are being pressured to decide which art is acceptable and which opinions are fit to be shared on platforms.

To be on the wrong side of the debate invites personal destruction. It’s simply easier to agree to remove “harmful” art or fire that employee who raised the ire of the Twitter mob.

“People are afraid to challenge them,” Robby Soave of Reason told John Stossel last year in an interview on cancel culture.

Like in Orwell’s “1984,” in today’s culture you don’t even have to utter Wrongthink to be condemned for it.

Just ask Dr. Howard Bauchner, who in March was removed as editor-in-chief of the prominent medical journal JAMA. Bauchner’s crime was that, during a podcast the previous month, his deputy editor questioned the existence of structural racism.

“Structural racism is an unfortunate term,” said Dr. Edward H. Livingston, who is white. “Personally, I think taking racism out of the conversation will help.”

To be sure, in America today, one doesn’t risk liquidation for refusing to bow to pressure to self-censor works of art. That cannot be said of the Soviet Union under Stalin.

Yet there is a common thread that runs through both cases of censorship: fear.

“Everyone was afraid,” Shostakovich said.

These same words can be applied to those bowing to cancel culture today.

This isn’t to say that Dr. Seuss’s works are or are not culturally insensitive, or that “Hamlet” does or does not contain themes harmful or subversive.

It’s simply to say that fear lurks behind the disappearance of art and the suppression of free expression. For that reason alone, such efforts should be resisted.

Jonathan Miltimore is the managing editor of FEE.org. His writing/reporting has been the subject of articles in TIME magazine, The Wall Street Journal, CNN, Forbes, Fox News, and the Star Tribune. Bylines: Newsweek, The Washington Times, MSN.com, The Washington Examiner, The Daily Caller, The Federalist, the Epoch Times.