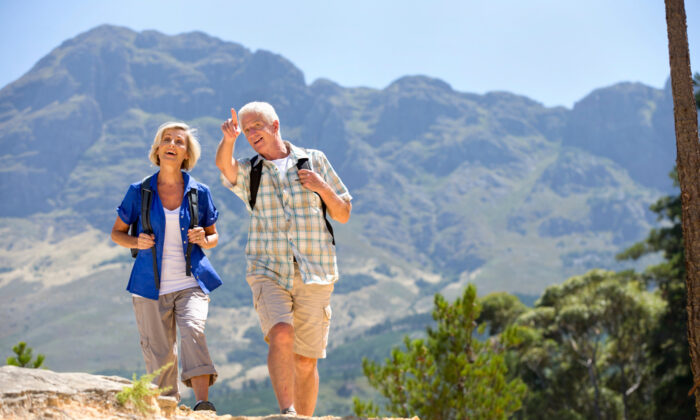 How Many Steps a Day (and How Fast) to Lengthen Your Life?

Steven Reinberg
Reinberg is an award-winning medical journalist who has written for both consumer and professional audiences. Over 20 years he has been a staff writer for Reuters Health and HealthDay and his work has appeared in a variety of other online publications. He currently continues to freelance. Reinberg has received writing awards from both the American Academy of Orthopedic Surgeons and the American College of Obstetricians and Gynecologists.
View profile
Follow
biggersmaller
Print

There’s an easy way to reduce your risk for dementia, heart disease, and cancer: Start walking.

Getting in those recommended 10,000 steps a day makes a real difference, new research affirms, but even fewer will pay big dividends. No matter how many you log, step up your pace for the biggest benefit.

“So, 10,000 steps maximizes the chances of getting all these benefits, but also for inactive people who can’t engage in so many steps—any steps have benefits—every step counts,” said lead researcher Borja del Pozo Cruz of the Center for Active and Healthy Aging at the University of Southern Denmark in Odense.

And, he added, it’s never too late to get going.

“The range of participants that we had in the study went from 40 to 79,” Cruz said. “That means that any person can actually get the benefits.”

This study, however, doesn’t prove that walking 10,000 steps a day has a health benefit, only that number of steps is associated with a reduction in heart disease, cancer, dementia, and early death.

Cruz said that the power of the study lies in its large size and in researchers’ ability to isolate walking from other exercises.

For the greatest health benefit, the sweet spot was 9,800 steps a day, which slashed dementia risk by 40 percent. But just 3,800 steps lowered it by 25 percent, the investigators found.

Over and above the number of steps, walking at a brisker pace—about 80 steps a minute—brought the greatest reduction in dementia, heart disease, cancer, and premature death, Cruz noted.

But all that walking doesn’t have to happen all at once. It can be spread out during the day, the researchers said.

The study drew from data from 78,500 adults in the United Kingdom who were followed for a median of seven years, meaning half were followed even longer. They wore wrist sensors that measured their physical activity over seven days.

Cruz said that wearable devices like Apple watches and Fitbits that track steps can be useful if you use them faithfully.

“What we know about those devices is in the beginning people take them very seriously, but after a while,” use tapers off, he said. “We also know that you need to create the habit.”

“Walking and making it a habit to routinely walk 10,000 steps will, on a consistent and long-term basis, reduce your risk of heart disease and cancer and dementia,” he said.

Hirsh noted that the first 5,000 steps bring the greatest payoff. But the benefit continues to increase, though less so, in the next 5,000 steps and beyond.

“There’s been a lot of controversy around that,” Hirsh said, “But overall, I think that this study validates that.”

The findings show that the “benefits of exercise are tremendous,” he said, highlighting the importance of lifestyle in preventing disease and prolonging life.

The study was published online on Sept 12, 2022, in JAMA Internal Medicine.

The Arthritis Foundation has more about the benefits of walking.