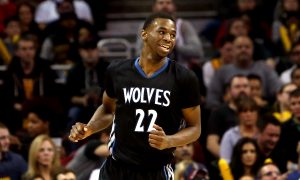 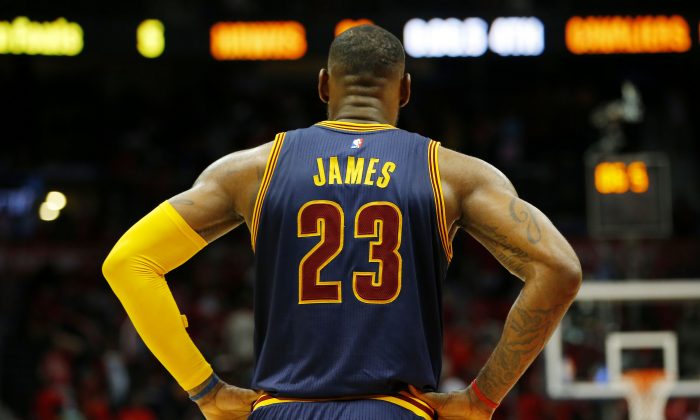 Four-time MVP LeBron James scored 31 points, grabbed eight rebounds, and dished out six assists in Cleveland’s 97–89 win over Atlanta on Wednesday as the Cavs took a 1–0 series lead. James had plenty of help, though, as sharpshooter J.R. Smith came off the bench to put up 28 points while hitting a franchise playoff-high eight three-pointers—topping James’s record.

But don’t feel bad for LeBron. He broke a record of his own. The performance was his 52nd playoff game with at least 30–5–5, passing none other than Michael Jordan for first on the all-time list.

Even more amazing is that LeBron and Smith, if he keeps shooting like this, have Cleveland in the driver’s seat to win the East, if not the Finals—despite the loss of Kevin Love and the injury to Kyrie Irving. Irving (knee tendinitis) started Game 1 but scored just 10 points in 27 minutes.

Yes, it’s only Game 1, but the winner of a best-of-seven series opener goes on to win the series 77 percent of the time. In addition to that, the Hawks lost point guard DeMarre Carroll to a sprained knee—which would be a major blow to Atlanta’s chances of winning the series if he can’t return, or is limited.

Not only is Atlanta much better offensively with Carroll—the Hawks average approximately 12.5 points per 100 possessions more with him running the show—he’s their main defender for James. His return for Game 2 is questionable, and without him, Atlanta has turned to big men Paul Milsap and Al Horford for help—a solution that isn’t great for the long term given how LeBron can beat either off the dribble.

Unfortunately for Atlanta, even when Carroll (who exited late in the fourth quarter with Cleveland ahead 90–76) was on the floor, they weren’t exactly taking it to the Cavs—not that we all were expecting the Hawks to upend the LeBron-led Cavs.

Atlanta needed six game to eliminate Brooklyn—the worst team in the playoffs—and then another six to slip past Washington—who was without star guard John Wall for half the series.

It’s all shaping up for LeBron’s greatest performance yet—single-handedly bringing Cleveland a title.

Should the team enter the Finals, they would face 2015 MVP Stephen Curry and the Golden State Warriors, who lead Houston 1–0 (and should roll if Dwight Howard, with a sprained knee, is unable to go).

The last time a four-time MVP faced off in the Finals against the current MVP was in 1997 when Jordan’s Bulls faced Karl Malone and the Jazz for all the marbles. Jordan, always one to look for motivation, outplayed the MVP in the Finals—which included the infamous flu game—as Chicago took down Utah in six.

The Warriors, sans an imposing low-post presence that most title teams have, aren’t a shoo-in to cut down the nets in the first place—the franchise hasn’t been to the Finals in 39 years. If LeBron continues his remarkable play, he has a fighting chance to bring home a title—even if he doesn’t catch the flu.