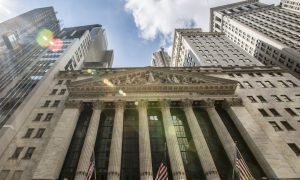 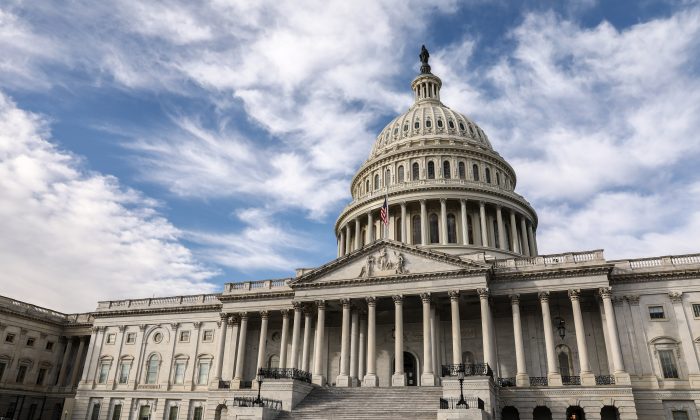 Should another financial crisis befall us, rendering a number of too-big-to-fail banks insolvent, the good news is that taxpayers will no longer be forced to bail them out.

The bad news is that these large Wall Street banks can now legally bail themselves out internally (referred to as “bail-ins”) using depositor funds.

Thanks to Dodd-Frank, if you happen to hold your money in a savings or checking account at a bank, and that bank collapses, it can legally freeze and confiscate your funds for purposes of maintaining its solvency.

So instead of relying on government funds (taxpayer money) to save itself from going bankrupt, a bank can simply dip into your deposit accounts to stabilize itself.

To compensate you, the bank will exchange your money for its equivalent value in company shares.

In other words, if a bank fails, it takes your money and hands you an equivalent amount of shares in its failing operation. Ethical? No. Legal? Yes.

Let’s look at it from a big-picture perspective: a bank takes on reckless risks, achieves near-bankruptcy, crashes the economy in the process (as what happened in 2008), and retains the privilege of seizing your money to save itself?

Where’s the accountability in all this? How is this even legally permissible?

Well, thanks to Dodd-Frank, banks can legally activate orderly liquidation authority, as stated in Title II of the act.

When you open a checking and savings account, the money you then deposit legally belongs to the bank.

So if you don’t technically “own” your own money, then what do you own?

Simple. You own an “IOU” issued by the bank.

From the bank’s perspective, your money is an unsecured debt.

Sadly, Dodd-Frank has set the whole thing up so that derivatives—highly leveraged assets—take precedence over your deposit accounts when it comes to banks paying off their debts.

Counterparties to these derivatives get first dibs; customer deposits are secondary.

Although your deposits are protected up to the maximum insurance limit of $250,000, this promise is predicated on the FDIC having enough funds to cover each and every account holder’s deposit claims.

Take JPMorgan Chase and Bank of America, as both have commingled derivatives with deposits.

Both have deposits totaling well over $1 trillion. And both hold outstanding derivatives whose total values exceed the entire global GDP.

What happens if they become insolvent? Such a disaster would trigger orderly liquidation authority protocols. In short, a “bail-in.”

Title II orderly liquidation authority essentially allows the banking system to freeze your funds and take 50 percent or more of it in order to save the bank’s balance sheets, similar to what happened in Cyprus during their financial crisis in 2012.

This means that any money you store in a bank becomes unsecured debt, making you an unsecured creditor who must then share the burden of bank losses should it face the prospect of insolvency.

And as an unsecured creditor, you have absolutely no legal recourse.

If you’re lucky enough to hold your money in a bank that doesn’t collapse in the event of a major financial crisis, then your banking institution will likely have to pay fees to help recoup the money spent in stabilizing the other banks that had failed.

But do you think that banks will simply absorb these costs? No, they’re more likely to pass them on to their customers.

Hence, a “bailout” once again. But this time it’s more circuitous and less evenly distributed.

Another unsettling fact is that the poor and middle class will likely be the most affected by OLA’s negative impact.

How so? Most of the wealthy hold a large portion of their money in equities, debt securities, precious metals, and real estate.

Only the poor and middle class hold the majority of their money in checking and savings accounts. So they’re the most vulnerable.

And if you are keeping your money locked away in a safety deposit box in a bank, the banking institutions also have the right to confiscate and use those funds.

Retirees receiving pensions will also be affected, as pension funds are also subject to confiscation and conversion into bank equity.

This means that if you’re retired, living off a pension, and holding most of your money in a checking or savings account, then you may find yourself in a truly desperate position should your bank find itself in financial dire straits.

But aside from real estate, equities, and debt securities, there is another asset class that banks simply can’t touch: privately stored physical gold and silver.

Not only are precious metals safe havens against economic turmoil and inflation, if privately stored, they are also not subject to confiscation and conversion.

It may be impossible to operate in today’s world without a basic checking or savings account.

But this doesn’t mean that you have to be 100 percent vulnerable in the event of a banking collapse.

Protect yourself. Convert a portion of your wealth to gold and silver. And store it privately.

Such a notion may seem far from reality. But when the next financial crisis strikes, you’ll be glad you made this sound decision.

GSI Exchange helps investors convert savings into Gold or Silver and rollover IRA or 401(k) into physical precious metals, tax-free and penalty free.  Call 833-474-4653 to speak with a GSI  representative for more information or set up an account.