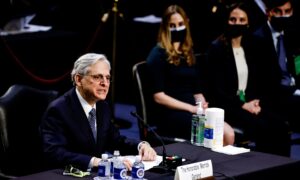 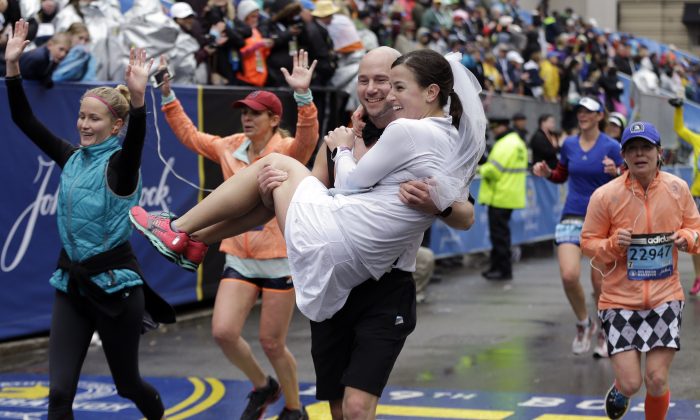 Ross Cockerham carries Ansley Proctor, both from Columbia, Md., over the finish line after they ran the Boston Marathon, on April 20, 2015. (AP Photo/Elise Amendola)
US

How Boston’s Resilience Deals a Blow to Terrorists

In 2013 Rebekah Gregory was crippled at the finish line of the Boston Marathon when a bomb exploded. Last year she crossed the finish line in a wheelchair. This year she ran the marathon with a prosthetic leg.

Gregory exemplifies the strength and resilience of a city determined not to be defeated after the deadly attack on April 15, 2013.

Ever since the tragedy the city has worked hard to reclaim its identity.

“Why wouldn’t we be happy?” wrote Boston Mayor Martin J. Walsh in the Boston Herald. “I think really, honestly, it’s getting back to what it was before.”

“A lot of the survivors are running this year. They didn’t run last year. It’s their day to reclaim the finish line,” he said.

Instead of discontinuing the annual marathon in the years after the attack, the city not only decided to continue it, but also used it to show Boston’s unity and strength, albeit with high levels of security.

It is this response that made the 2013 attack a disappointment for terrorists, said terrorism expert Max Abrahms.

“This is enormous. It shows that target countries are resilient. Even though terrorists will continue to scare a lot of people, they won’t get what they want,” said Abrahms in a phone interview from his apartment in Boston located next to the marathon route.

According to Abrahms, the fact that tens of thousands of people turned out for the marathon is a testament to societal resilience.

“In the face of terrorism it’s very easy to become terrified and to avoid public events and to essentially change your life,” he said. But that’s not how people in Boston responded.

And not just in Boston have people responded this way. In France, after the terrorist attack on the offices of satirical magazine Charlie Hebdo in Paris on Jan. 7, nearly 4 million people participated in a rally against terrorism. It was the biggest march in France’s history. And instead of being silenced, global sales for the satirical magazine skyrocketed in the weeks after the attack.