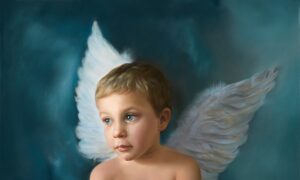 How Art Education Changed From the 1800s to Today

Whether in France, England, Germany, Italy, Spain, America, or anywhere in the modern world during the 1800s, the entire nature and way in which art was taught was in direct contrast to the way art was taught in the majority of schools in the twentieth century and still in most cases today.

This shift from academic to modernist training did not come from what would be considered technical advancements in art materials or training, but a complete philosophical change in the concept of what art is all about.

As part of this philosophical change, Academy style training techniques and the great artists who had mastered them were virtually erased from the art and art history that was taught in schools during the 20th century.

Sculptor Infuses Spirituality into her Art

However, just as with much of history, the pendulum swings both ways. Starting in earnest around 1995 there has been a recent surge to recapture the techniques utilized by academy trained artists which is still working its way into school systems and a growing interest in the academic work of the 19th century, the last century to fully embrace the Renaissance paradigm.

It was not considered an extracurricular activity. It was a way of life and all encompassing.

This academy method of training in the 19th century was a full time endeavor only taken on by those who were serious and wished to be artists as a full time career; it was not considered an extracurricular activity. It was a way of life and all encompassing. This rigorous training method would usually be a four or five-year full time program. The first one or two years would be dedicated solely to drawing.

Students would start with simple concepts such as notional space (notating the general boundaries of the items one wishes to depict so that they fit properly on the paper or canvas in advance of starting work), then the depiction of rational space and lighting through drawing primary shapes in a still-life, next would be sight–size (a method by which artists could measure to make sure they are depicting the desired object at the exact same size on paper as it is in life), and then move on to pencil or charcoal cast drawings (taking 3-D objects that are naturally in shades of gray to eliminate the complexity of color and translating them into 2-D accurately to give the appearance of the 3-D object even though it is actually 2-D when on paper).

After students mastered this they would then move onto anatomy, which included muscular and skeletal drawings, and life drawing, that would be done from a live, generally nude model, who would hold long and short poses.

They did not to stop until they obtain the correct contour lines without which the form could never be drawn correctly.

Unlike most art schools today that offer life drawing where a long pose is an hour, long poses in the 19th century would go for days or weeks with the model taking breaks but returning to retake the same pose over and over again so that students had time to perfect their drawing and deepen their insight to hidden nuances. They did not to stop until they obtain the correct contour lines without which the form could never be drawn correctly. It was only after the skill of drawing was mastered that students would be allowed to work in paint and color.

Students would now need to relearn what they had learned in drawing, but in the new medium of paint which included understanding terms like tone (a color mixture that is not a pure color hue), and Chroma (color saturation). They would also study the essentials of a scumble (a thin, opaque layer of paint to give a softer effect) and glazing (a light transparent layer of paint over an underlying opaque layer) intended to give depth and richness.

Modernist ideology, even in its infancy during the 19th century, criticized the atelier methods because they observed that any student’s work tended to look the same as all the other graduating students when the student had finished the program. This was taken as a sign that the artist’s natural voice had been altered to match the voices of others or of their teachers.

However, when something is accurately depicted it will look the same as the original object.  So when someone has learned this method and has only done student work, the work will naturally look quite similar. It was only after the skills had been learned that an atelier or academy student could start creating their own original work and develop their own voice. This generally occurs in their last year with a diploma painting or exhibition and often was not fully achieved until several years of professional experience.

Academy training is skill-based in the visual fine arts and just like teaching rhythm, tempo, and scales in music class, so that a student has the basic abilities to then compose his or her own music, by learning solid draftsmanship, color theory, paint handling, and perspective, students can expand their own abilities to visually express themselves and create their own unique artwork.  It was considered important that artists not be held back by the inability to execute a painting in the manner they wished simply because they did not have the necessary training and acquired skills to do so.