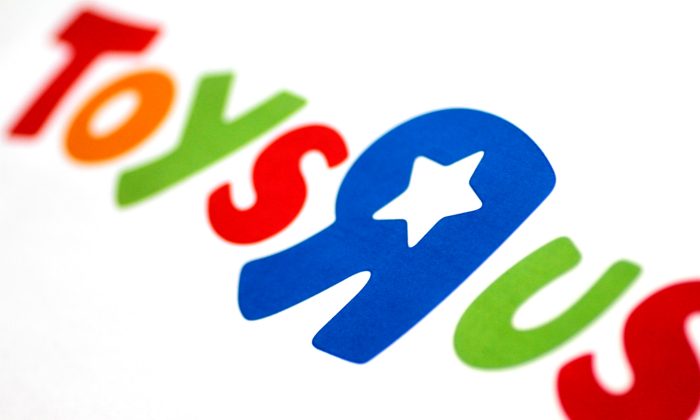 The Toys R Us logo is seen in this illustration photo September 19, 2017. (Reuters/Thomas White/Illustration)
Business & Markets

How $5 billion of debt caught up with Toys ‘R’ Us

Toys “R” Us Inc has been making $400 million in interest payments on its debt every year, largely due to its $6.6 billion leveraged buyout in 2005. This week, it succumbed to its debt burden, leading to the biggest bankruptcy of a U.S. retailer since that of Kmart in 2004.

The largest U.S. toy retailer’s decision to file for Chapter 11 bankruptcy protection on Monday took investors by surprise, given that the company faced no imminent debt maturities and had managed to overcome financial stress in the past by securing concessions from its creditors.

Toys ‘R’ Us Files for Bankruptcy Ahead of Holiday Season

But the company’s ability to kick the can down the road had been exhausted. The bankruptcy filing was the culmination of an unsuccessful seven-month effort by Toys “R” Us to find relief from its $5.2 billion debt pile, according to bankruptcy court filings and people familiar with the deliberations.

The advisers that Toys “R” Us hired to fix its capital structure explored at least two deals with some of its creditors to raise money that would have helped the company stave off bankruptcy before the key holiday shopping season, avoiding a supply chain disruption stemming from vendor fears about repayment, a bankruptcy filing shows.

The Wayne, New Jersey-based company’s creditors’ unwillingness to show any more leniency underscores the lack of confidence by investors in the troubled brick-and-mortar retail sector, which has been pummeled by the rise of e-commerce companies such as Amazon.com Inc.

Toys “R” Us was looking to raise at least $200 million to make it to January, at which point it could work on fixing its entire capital structure, according to court filings. Over the years, Toys “R” Us had been able to win other short-term fixes from creditors, even as its financial performance deteriorated.

Once the company realized that it could not secure financing to get through the holiday season, the objective became “let’s get it done as quick as possible so it does not interrupt the holidays,” Toys “R” Us Chief Executive Officer David Brandon told Reuters in an interview. Filing for bankruptcy allowed the company to secure financing to continue to operate its stores.

Given that “we successfully obtained our debtor-in-possession financing today, we can assure our lenders that we are in a good position to accept shipments on a normal basis and they have great assurance they will be paid,” Brandon said.

Like other retailers that own their stores, Toys “R” Us tried last month to tap its vast real estate portfolio to raise money in a sale-leaseback transaction, according to court filings. Sale-leaseback deals allow retailers to raise cash by selling real estate they own and then renting it back from the new owner.

For example, Bon-Ton Stores Inc, another retailer in financial distress, completed a similar deal last week, generating $18.9 million to pay down its debt.

In an attempt to clinch the sale-leaseback deal, Toys “R” Us negotiated with a key group of creditors holding a portion of the company’s $1 billion term loan, but accounting issues and a tight time frame prevented them from reaching an agreement, according to people familiar with the matter.

Toys “R” Us also went to the bondholders of its international affiliates last month for financing it planned to use to fund its U.S. operations, but the terms offered were too expensive, the people said.

At that point, Toys “R” Us decided to change tack and initiate preparations for a Chapter 11 filing in September, ahead of its quarterly earnings release on Sept. 26. News reports about the possible bankruptcy on Sept. 6 accelerated bankruptcy preparations, because suppliers to Toys “R” Us curbed their shipments, afraid they might not be repaid, according to the filings.

In a sign of the company’s haste, it filed for bankruptcy without a plan of reorganization or a deal with creditors, as is preferred in these circumstances. Toys “R” Us said it plans to keep its stores open through the bankruptcy process, though it remains unclear whether it can emerge from bankruptcy with most of its approximately 1,600 stores still open.

On Tuesday, Toys “R” Us Inc received bankruptcy court permission to borrow more than $2 billion to start paying suppliers, so it can stock up on items like Lego building blocks and Barbie dolls for the holiday season.

Private equity firms KKR & Co LP and Bain Capital LP, together with real estate investment trust Vornado Realty Trust, took Toys “R” Us private in 2005. On Monday, they all supported the company filing for bankruptcy, according to the sources.

By Jessica DiNapoli and Tracy Rucinski