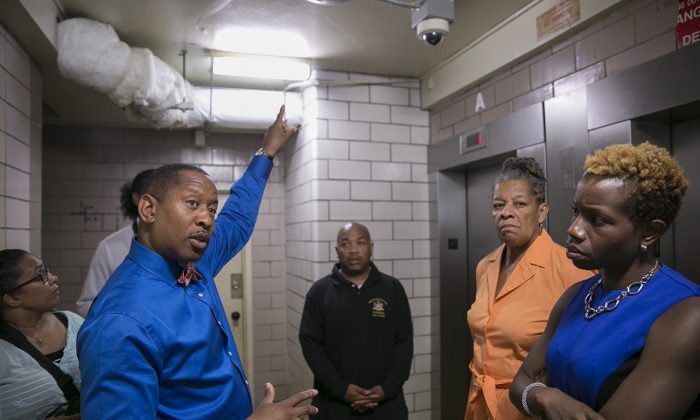 NEW YORK—The general manager of the city’s housing agency told a City Council oversight hearing on Monday about ways it is looking to restructure its finances, including shrinking its workforce.

Michael Kelly testified in front of the public housing and finance committees. The hearing followed the unveiling last month of a plan to deal with a financial crisis at the New York City Housing Authority, which has about 12,000 employees.

Kelly said the agency intends to shrink its central office workforce by 1,000 people through attrition and the integration of some operations into other city agencies, a move that’s expected to achieve an annual savings of about $90 million by 2018.

Several council members, including Committee on Public Housing chairman Ritchie Torres, questioned the Housing Authority’s plan to hand over control of its community centers to the Department of Youth and Community Development and the Department of the Aging.

Kelly said the Housing Authority deemed it best to hand the centers over to agencies.

“I think it’s a question of looking at this incredible financial crisis that we’re in and looking for long-term sustainable sources of income,” Kelly said.

“It just seems to me an ideological decision, is that you have this belief that NYCHA should not be running community centers, and you made that decision, frankly, without seeking the input of elected officials, or the resident leaders, many of whom strongly oppose your decision,” Torres said.

Council member Andy King said many of his district members were dismayed at the decision.

The Housing Authority runs tens of millions of dollars in the red each year and needs $17 billion in repairs and improvements.