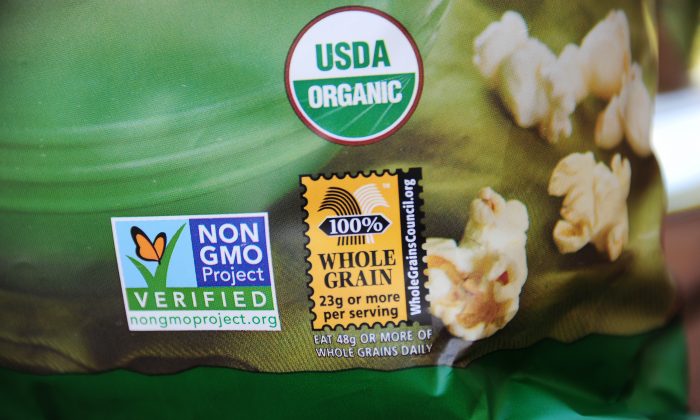 On July 23, 2015, the U.S. House of Representatives approved a bill to keep the status quo on GMO labeling. Those in favor of the bill call it the Safe and Accurate Food Labeling Act, while those who oppose the measure have dubbed it the DARK Act (Deny Americans the Right to Know).

Whatever you call it, the primary goal of HR1599 is to prevent states from issuing their own rules for labeling foods that contain genetically modified organisms (GMOs). Since GMOs were introduced into the food supply in the 1990s, companies are not required to identify bioengineered ingredients. Under HR1599, industry gets to keep this privilege, even where a state law compels otherwise. Lawmakers passed the measure 275-150.

Today, 64 countries have laws identifying GMO ingredients, but industry insists that such a law in the United States would prove too costly and confuse Americans about GMO safety.

According to a statement from the bill’s sponsor, Rep. Mike Pompeo (R-Kansas) the purpose of HR1599 is to ensure a “commonsense, science-based solution that will protect consumers, facilitate informed consumer choices,” and guard against an “unnecessary and inefficient state-by-state food labeling system.”

“Precisely zero pieces of credible evidence have been presented that foods produced with biotechnology pose any risk to our health and safety,” Pompeo said on the House floor. “We should not raise prices on consumers based on the wishes of a handful of activists.”

The House’s most vocal opponent of HR1599 is Rep. Peter DeFazio (D-OR) who called the measure “a full-scale attack on consumer’s rights.”

“Americans deserve the opportunity to make informed decisions about the food they eat and what they feed their families—an opportunity that China, Russia, and Kazakhstan allow their citizens, but not the United States,” Rep. DeFazio said in a statement.

Several polls have shown that an overwhelming majority of Americans are interested in knowing which foods contain genetically engineered ingredients. However, a law that would realize such information has been hard to come by.

Over 30 states have considered legislation to require identification for food products containing biotechnology-based ingredients. However, only Vermont has a GMO labeling law that is set to take effect as early as next year. Connecticut and Maine have a similar measure, but it requires neighboring states to sign on to the agreement.

Other states have tried to enact their own GMO labeling law through a voter referendum, but the same organizations behind HR1599 spent over $100 million in campaigns to stop them from passing.

Since last year, bioengineering and agriculture industries have been pushing for a federal measure to end state efforts to label GMOs. They say a federal law is necessary to prevent food price hikes and misinformation associated with a potential patchwork of state labeling laws.

According to a statement from Andrew Kimbrell, executive director of Center for Food Safety, HR1599 is “an attempt by Monsanto and its agribusiness cronies to crush the democratic decision-making of tens of millions of Americans.”

“Corporate influence has won and the voice of the people has been ignored,” he said.

The next stop for HR1599 is in the U.S. Senate. Senators have not yet seen a version of the bill, but it’s expected to move quickly. Vermont’s law goes into effect in July 2016.