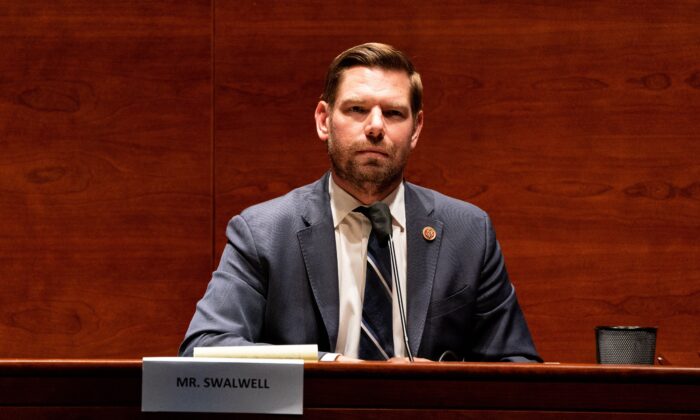 The House has voted to reject a resolution put forth by Republicans to remove Rep. Eric Swalwell (D-Calif.) from the House Intelligence Committee over concerns about his past ties to an alleged Chinese Communist Party (CCP) spy.

Lawmakers voted mainly on party lines 218-200 to dismiss House Minority Leader Kevin McCarthy (R-Calif.)’s resolution that was introduced to the House on Wednesday.

The resolution relies on public reporting that Swalwell was among a group of politicians targeted by the alleged CCP spy, known as Fang Fang or Christine Fang.

Swalwell, a member of the House Intelligence Committee, told CNN that he didn’t do anything wrong and accused Republicans of trying to weaponize the report.

“Representative Eric Swalwell should be removed from his committee assignment in light of conduct he has exhibited,” it continued.

This comes after House Speaker Nancy Pelosi (D-Calif.) reappointed Swalwell to the intelligence panel despite the concerns. The decision prompted pushback from Republicans, who argue that Swalwell’s past connections with an alleged spy raises significant national security concerns.

“Swalwell engaged in a years-long relationship with a suspected Chinese spy, and his conduct makes clear he has no place serving on the committee in charge of America’s top secrets,” McCarthy wrote on Twitter earlier on Thursday.

In a statement following the vote, McCarthy expressed disappointment stating that his Democrat colleagues had chosen “politics over national security.”

“Every Democrat is now on the record: They just voted to keep Eric Swalwell on the House Intelligence Committee—despite his long-standing relationship with a reported Chinese spy,” McCarthy said in a statement.

Meanwhile, Swalwell on Thursday responded to the resolution calling the effort the “new McCarthyism.”

“Meet the New McCarthyism. Multiple sentences in resolution state ‘Swalwell has not denied…’ Yet fails to include multiple FBI statements of ‘no wrongdoing’ and did nothing but ‘cooperate.’ All of this to deflect from @GOPLeader’s support for QAnon,” he wrote in a Twitter statement.

Other Democratic leaders have defended Swalwell, including House Majority Leader Steny H. Hoyer (D-Md.) who characterized the Republican’s move as “a frivolous, political exercise meant to attack the reputation” of Swalwell.

“This vote today was a frivolous, political exercise meant to attack the reputation of an outstanding Member of Congress and distract from House Republicans’ failure to hold their own Members accountable for inappropriate and outrageous actions.  Our House Democratic Majority has been steadfast in opposing malign actions by China.  Spurious attempts, like this one today, by Republicans to obscure that fact will not change it.  Americans are tired of hyper-partisanship and ‘gotcha’ gimmickry.  Instead, let’s work together, in a bipartisan way, to achieve results for the people,” Hoyer wrote in a statement.