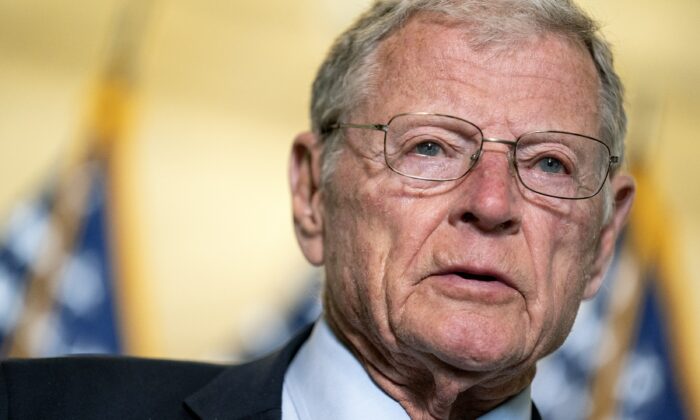 The House voted to pass an adjusted version of the mammoth annual defense policy bill on Tuesday night, authorizing some $770 billion in Pentagon spending.

Each year, the bill sets policy for the billions of dollars in defense spending for military activities and programs such as research, development, testing, and weapon procurement as well as the salaries of service members.

This year’s NDAA authorizes a topline funding of $768 billion in discretionary spending for national defense and national security, with $740 billion designated for the Department of Defense.

The lower chamber overwhelmingly approved the 2022 bill by a vote of 363-70 just hours after the House and Senate Armed Services committees released the bill’s text. The legislation now heads to the Senate, where it will be voted on later this week before heading to President Joe Biden’s desk.

This year’s defense bill will “ensure the United States remains the decisive leader in the technological revolution by developing and deploying emerging technologies to amplify our power and our ability to disrupt threats before they can reach U.S. soil,” house representatives wrote in the bill.

Specifically, the bill provides paid parental and bereavement leave, authorizes support for a 2.7 percent pay increase for servicemen and women, and makes “historic and sweeping changes to the Uniform Code of Military Justice to combat sexual assault in the military.”

It also authorizes “record funding for historically black colleges and universities,” and contains measures that serve to ensure diversity and inclusivity in the military. The bill also makes key investments to address climate change, something that Biden has made a top priority since taking office.

This years’ NDAA also authorizes $5.8 billion more than Biden’s request in funding for research, development, testing, and evaluation, including a 24.7 percent increase in defense-wide basic research, applied research, and advanced technology development, and improves the pentagon’s capabilities in cyberspace and addressing emerging threats.

Elsewhere, the bill includes $300 million in aid for the Ukraine Security Assistance Initiative (USAI), which provides support and assistance to the Ukrainian Armed Forces, an increase from the budget request of $250 million.

It also establishes a multi-year independent Afghanistan War Commission to examine the 20-year conflict and the U.S. military withdrawal. The commission will “review key strategic, diplomatic, and operational decisions across the entirety of the U.S. government and develop a series of reports with recommendations and lessons learned regarding the U.S. involvement in Afghanistan,” as per the bill.

Another $7.1 billion is authorized for the Pacific Deterrence Initiative (PDI) a Pentagon plan that would bolster the military’s ability to deter Chinese aggression in the Pacific region.

The compromised bill notably leaves out a provision that would have required women to register for the draft. Both the Senate and House Armed Services committees voted to include language expanding the draft to their respective chamber’s version of the legislation earlier this year.

Another provision absent from the bill which was included in the NDAA the House passed in September would have established an Office for Countering Extremism in the Pentagon.

However, the compromise bill requires the Department of Defense to submit a report on including a criminal article in the Uniform Code of Military Justice (UCMJ) to address violent extremism.

Oklahoma Republican Senator Jim Inhofe said in a statement on Tuesday that he was “proud to have worked with my colleagues to produce a bipartisan, bicameral National Defense Authorization Act,” and continue the more than the 60-year passage of the bill, while championing his efforts to keep out the provision regarding registering for the draft.

“In any year, this bill’s path to enactment requires bipartisan support, and this year is no different. Yet, there is much in this bill for conservatives, Oklahomans, and all Americans to celebrate as we make our country more secure and take care of the men and women who bravely serve our nation,” Inhofe said.

“All along, I’ve fought to keep the ‘women in the draft’ provision out of the bill—ensuring that it was not included in the original draft of the bill and demanding a roll-call vote on it when it was offered as an amendment in markup. I was the first to offer an amendment to strip the provision on the Senate floor. As the senior Republican on the Senate Armed Services Committee, I’m proud to have successfully removed this provision from the final agreement, because plain and simple, we shouldn’t be forcing our daughters and granddaughters to register for the Selective Service,” Inhofe said.