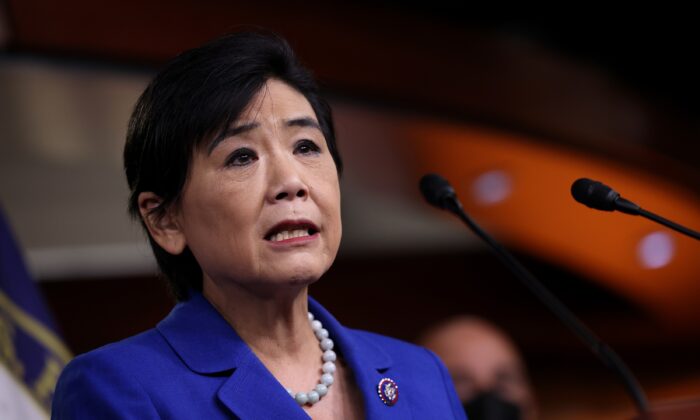 The House of Representatives approved a bill on Sept. 24 that, if the Senate follows suit and the measure is signed into law, would bar states from restricting abortions.

The House voted mostly along party lines to approve H.R. 3755, also known as the Women’s Health Protection Act of 2021. All Democrats voted yes on the measure, with the exception of Rep. Henry Cuellar (D-Texas), who voted no, and one other Democrat who didn’t vote.

All Republicans voted against the measure, except for two party members who didn’t vote.

The legislation states that abortion services are a constitutional right, as decided by the Supreme Court in Roe v. Wade, although that access to abortion “has been obstructed across the United States in various ways,” including by state laws.

It also states that health care providers would be able to carry out abortions with virtually no limitations or requirements, a provision aimed at pre-empting new state laws, as well as superseding some current laws at the state level.

“Today’s vote has been a long time coming. Ever since Roe v. Wade recognized our right to make our own choices about our bodies, anti-choice advocates have been trying to devise new ways to make legal abortion care impossible to access,” Rep. Judy Chu (D-Calif.), the bill’s primary sponsor, told reporters outside of the Capitol on Sept. 24 before the vote.

According to the legislation’s authors, states have introduced more than 500 restrictions on abortion since 2011, with 90 such measures being approved since the start of 2021, including a measure in Texas that bars most abortions after six weeks.

“It’s clear that we need one unified federal response to all of these attacks,” Chu said.

Republicans criticized the measure on the House floor, arguing that it goes too far.

“With a single move, this legislation would eliminate 40 years of bipartisan consensus in Washington, in state capitals across the country, to protect the health of pregnant women and the unborn. In addition to allowing late-term abortion and proper care in the state of emergencies, medical professionals could also be forced to conduct abortions despite moral objections,” Rep. Jack Bergman (R-Mich.) told colleagues.

Rep. Brett Guthrie (R-Ky.) referred to it as an “abortion on demand until birth bill.”

The legislation’s prospects in the 50–50 Senate are uncertain. Forty-eight Democrats are listed as cosponsors for the Senate version, but two—including Sen. Joe Manchin (D-W.Va.) who has historically opposed abortion—haven’t said how they’ll vote.

“It would severely weaken the conscious exceptions that are in the current law,” Collins said, referring to how current law protects health care workers who object to abortion from participating in the procedure.

The bill would need 60 votes in the upper chamber to clear the filibuster.