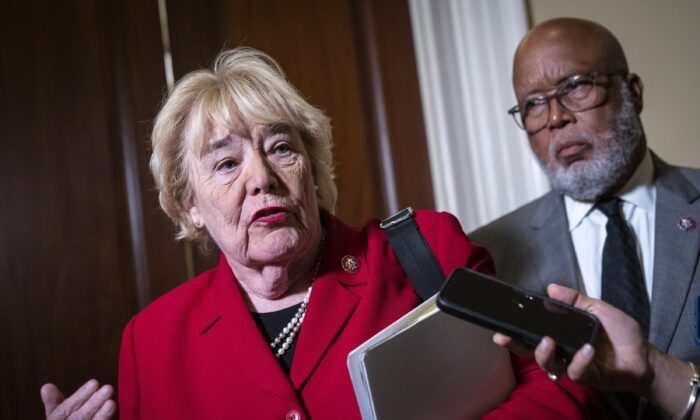 The U.S. House of Representatives committee investigating the Jan. 6, 2021, breach of the U.S. Capitol will make public all evidence it has accumulated, including transcripts of every interview it conducted, a member of the panel said on Dec. 1.

“We’re going to release all the information we’ve collected, so it cannot be selectively edited and spun,” Rep. Zoe Lofgren (D-Calif.) said on CNN. “All of our evidence will be released this month.”

She later confirmed that the information would include the transcripts.

Rep. Bennie Thompson (D-Miss.), the committee’s chairman, recently told reporters that the panel was aiming to release “as many of the transcripts where we didn’t have prior agreement with the people because of the sensitivity where they are employed.” He said the materials would be available online.

Attorney General Merrick Garland said on Nov. 30 that the Department of Justice (DOJ) wants access to all of the transcripts and other evidence collected by the committee so it can use them in its investigations.

“We’re asking for access to all of the transcripts, and that’s really all I can say right now,” Garland said.

Lofgren said the committee would give the information to the DOJ by the end of the month.

The panel was set to meet on Dec. 2 to consider making criminal referrals to the DOJ.

“And if we don’t make a recommendation, and this is not relative to [former President Donald] Trump or any other person, it doesn’t mean necessarily that we don’t think they’re that they shouldn’t investigate, but we want to make sure that we are on firm ground if we make any recommendations,” Lofgren said.

Trump has refused to comply with a subpoena, and former Vice President Mike Pence declined to appear before the panel.

The select committee is dominated by Democrats. It has just two Republican members, Reps. Liz Cheney (R-Wyo.) and Adam Kinzinger (R-Ill.), who virulently oppose Trump and are set to leave office in January 2023; both were picked by House Speaker Nancy Pelosi (D-Calif.).

Pelosi rejected two members proposed by House Republican leader Kevin McCarthy (R-Calif.), prompting McCarthy to pull his remaining picks. The measure that established the committee said the speaker would appoint 13 members to the panel, including five from the Republican Party who would be appointed after consultation with McCarthy.

Along with the evidence, the panel plans to release a final report soon.

That report will be out before the end of the year, according to Lofgren. She said there would be paper copies produced by the Government Printing Office and also a digital version.

“And we’re actually compiling an interactive version, you can’t do interactive on print. So it’s a lot of work involved,” she said. “And the members of the committee are actively involved in editing and making sure that what we release is actually tethered to the facts we found not going off on tangents that are just opinions that we can’t tie into the facts.”

Thompson told reporters this week that the report would have eight chapters and focus in part on the former president’s actions and in part on “other issues.”

The panel members, all of whom voted to impeach Trump—he was acquitted after leaving office—have repeatedly said they believe Trump incited the Capitol breach.

Trump has pointed to his speech near the Capitol before the breach, in which he called for people to go to the building but to stay peaceful.

“I did nothing wrong on January 6th,” he wrote in a recent post on Truth Social, his social media platform.

The resolution establishing the committee states that the panel “shall terminate” 30 days after the final report is issued.

Some Republicans have floated keeping the panel in place or overhauling it after they gain control, so they can examine matters the panel didn’t, including the alleged presence of FBI informants among the crowd at the Capitol. Others say they want to investigate the panel itself over concerns that it violated federal law and House rules.

McCarthy (R-Calif.) told Thompson this week to preserve all of the panel’s findings, including any not made part of the final report.

“I remind you and your staff on the Committee to preserve all records collected and transcripts of testimony taken during your investigation,” he wrote. “Some reports suggest that entire swaths of findings will be left out of the Committee’s final report.”

The establishing resolution states that upon termination of the committee, the records “shall become the records of such committee or committees designated by the Speaker.”