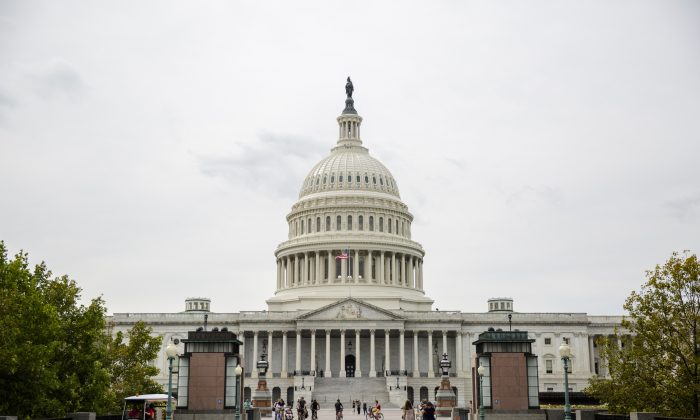 Former House IT aide Imran Awan allegedly solicited a bribe from a technology vendor in exchange for the vendor doing business with a representative he worked for.

Awan, who alongside his family members and associates represented 44 House Democrats over a period of more than a decade, was fired by most of those representatives in February 2017 after the House inspector general (IG) had found suspicious activity connected to the Awan group.

The IG had found that offices the Awans worked for had made numerous suspicious purchases. According to a briefing provided by the IG to House leadership in September 2016, which was not made public, the shared employees “requested vendors to split the cost of equipment among multiple items and charged these items as office supplies instead of equipment.”

This meant that technology items with a value of over $500 were billed in irregular ways so as to avoid them being logged as House inventory.

The Daily Caller News Foundation (DCNF) reported on June 29 that a major House IT vendor has come forward, claiming that Imran Awan had approached him for a bribe in order to get business with one of the representatives he worked for.

The IT vendor alleges that Awan had approached the company with the opportunity to provide services for the office of newly elected Rep. Gwen Graham, whom Awan was working for.

“Imran said, ‘There is this new member from Florida named Graham. Let’s make a deal and I’ll get you into this office,” the DCNF cited the IT vendor as saying.

“He was clear in his allegation that Imran was soliciting a cash bribe,” the DCNF reported.

Awan allegedly showed the vendor a letter that was a commitment to award a contract.

After the vendor refused to go along to “make a deal,” Awan allegedly had another letter by 8 a.m. the next morning rescinding the offer.

“He has that much power,” the vendor told the DCNF. “How the hell did he have enough control over a member that by 8 a.m. the member has done his exact bidding? If you were a new member who just got elected don’t you think they’d be like, ‘Well, why are we switching, you told me yesterday the other was better?'”

Besides the irregular purchases of technology, the IG in its September 2016 briefing also warned the House leadership of suspicious activity on servers connected to the shared employees.

Among the findings by the IG was the fact that the shared employees had logged into the IT systems of 15 offices of House Democrats they were not employed by.

It also found that during a surveyed period of seven months, the shared employees had collectively logged onto the Democratic Caucus servers 5,735 times.

This was considered suspicious, given the volume of logons as well as the fact that the IT workers had taken steps that suggested they were avoiding network monitoring, such as the use of active role servers to grant access on a temporary basis.

According to the IG, the unusual logon activity point to the possibility that “the server [was] being used for nefarious purposes and elevated the risk that individuals could [have been] reading and/or removing information.”

One possibility is that files were being transferred from House members’ offices to the Democratic Caucus server, after which they could have been sent out of the House IT networks, including potentially other countries.

The IG had found that file-hosting software Dropbox had been installed on two computers used by the shared employees. Although the IG was unable to review the thousands of documents contained in the Dropbox accounts, it said that “based on the file names, some of the information is likely sensitive.”

It went on to describe Dropbox as “a classic method for insiders to exfiltrate data from an organization.”

Neither Imran Awan, who arrived in the United States in 1997 under the diversity lottery program, nor any of his family members or associates, received a background check prior to being hired. It is unclear as to why each of the 44 House Democrats they worked for had waived the otherwise mandatory background checks.

Despite that the IG reported his findings by September 2016, the House sergeant-at-arms did not ban the IT workers from the network until Feb. 2, 2017. Rep. Debbie Wasserman Schultz (D-Fla.) was among the few House Democrats who continued to work with Imran Awan at the time. Just a month earlier, in January, Wasserman Schultz had added Awan’s wife, Hina Alvi Awan, to her payroll despite the ongoing investigation.