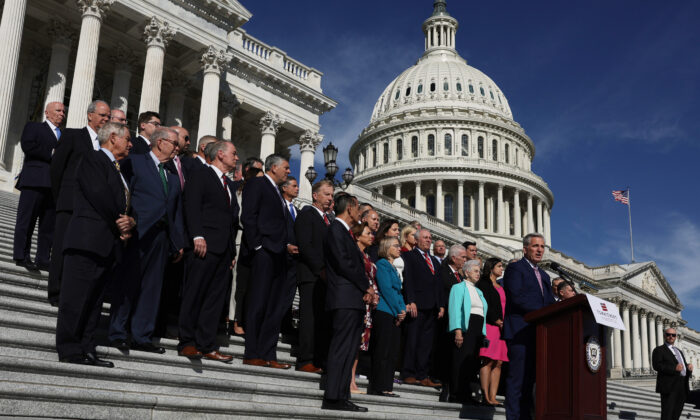 The House Oversight and Reform Committee on Thursday advanced a bill that would enable mail-in ballots for federal elections to be tracked.

“This bill would require that any ballot mailed in a federal election include a postal service barcode on the envelop that is unique to the individual ballot,” Rep. Carolyn B. Maloney, the chairwoman of the committee, who had introduced the bill, said Thursday.

“We can now track packages around the world, they have a barcode you can track it as a consumer. This would allow an individual to track their own ballot. This commonsense requirement would enable boards of elections to confirm when a ballot was sent and give voters confidence that their votes have been casted and counted.”

She said that the bill would also require envelopes containing ballots to include a specific identifier which “will help ensure timely sorting and delivery” of the ballots.

“Ensuring election officials and voters have the resources to track the status of their ballots would create even more peace of mind and confidence and further protect the sanctity of our elections,” Maloney said. The bill passed the committee by a vote of 34-5.

Rep. James Comer (R-Ky.), the ranking member of the committee, told The Hill that he supports the measure because it will “help protect the postal service from being blamed for election irregularities.”

Other lawmakers said the legislation is not enough to prevent potential fraud.

“This is good, but until you have some kind of voter identification attached to your mail-in ballot that’s stronger than amateur hand-writing experts assessing somebody’s signature on the outside of an envelope, I think we’re going to have a problem,” Rep. Andy Biggs (R-Ariz.) reported The Hill.

Rep. Clay Higgins (R-La.) said the legislation would give a “false sense of security,” because there is “no way of verifying the legitimacy” of the contents of the envelope, reported the outlet.

Amid the COVID-19 pandemic, the United States saw a shift in voting methods in 2020, in part prompted by the actions of the states. While many states did not amend their policies, some states expanded early voting, and other states issued all registered voters ballots that they could return by mail.

At Trump’s announcement of his 2024 presidential bid on Nov. 15, he said that he would call for election law reform: to have mandatory voter ID, one day of voting, and paper ballots. This matches what he had called for back in February 2021.