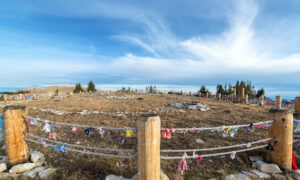 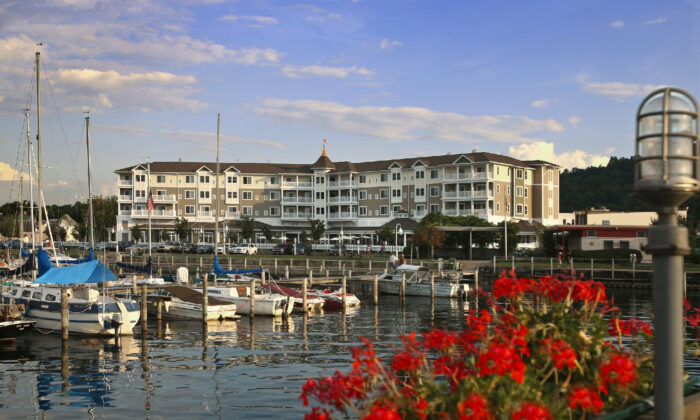 How often does the lobby of a hotel become an intriguing part of the experience of visiting a destination? When it comes to the Harbor Hotel Collection of properties located in upstate New York, the answer is three.

Guests entering the hotels first see magnificent pillars constructed of perfectly cut and fitted stones that echo the rocks and boulders outside. Eons ago, they were moved to the area by Ice Age glaciers and deposited there when the climate warmed.

Touches of roughly cut untreated wood speak of nearby stretches of lush forests. They also serve as tangible reminders of the fact that from the mid-19th century into the early 20th century, the town of Jamestown was nicknamed “Furniture Capital of the World” because of the thriving industry that was developed there.

Vintage photographs that line the lobby walls add to the hotel’s history. They portray a variety of intriguing aspects of the past that played out at each location.

Not surprisingly, there also are differences among what guests in each hotel experience. Display cases, artifacts, and other adornments in the lobby and other public spaces tell stories of what took place at and near each of the sites the hotels occupy today. Amenities made available to travelers also are representative of the distinctive characteristics of the locale.

The Empire State Road Trip that links the hotels introduces those who follow the driving itinerary through a destination that long has been a major draw for sightseers. They have come for its magnificent rural scenery, the fascinating variety of attractions, and immersion in a place situated within a comfortable commute of millions of Americans yet in a number of ways worlds apart in its atmosphere.

Given the fact that this is farming country, it’s only natural that travelers taking the Empire State Road Trip are able to sample some of the treats grown and produced there. In the fall, for example, fresh-from-the-tree apples fill baskets in the hotel lobbies, along with cider to accompany the fruit. As they depart one hotel and head for the next—about a three-hour drive away—guests are presented with a small cooler that contains fresh fruit, snack bars, and other goodies.

The photographs on display in the lobby and hallways of each hotel speak of its past and depict aspects of the history of the area. Those in the Chautauqua Harbor Hotel show the sprawling amusement park that occupied the site from 1893 until 1962; Frank Sinatra, one of many well-known performers who entertained there; and Lucille Ball and Desi Arnaz.

Lucy was born in nearby Jamestown, and the couple’s story is told at the Lucille Ball Desi Arnaz Museum and the National Comedy Center in that town. A small room off the Chautauqua hotel’s lobby is devoted to exhibits about the famous couple.

Photographs depicting the village of Watkins Glen as it appeared in the 1920s, early dirt roads that were plied by horse-pulled buggies and bicycles, and the brick road that was later laid on top of the soil grace the walls of the Harbor Hotel in that town. They share space with a collection of memorabilia related to automobile racing, a paean to the community’s reputation as the site of a world-famous track and major car competitions.

Antique boats are the focus of exhibits at the Thousand Islands Harbor Hotel. They include photographs from the nearby Antique Boat Museum, which houses a priceless collection of watercraft of all types. Other scenes portrayed include men hand-crafting an old-fashioned canoe and people boarding a steamboat. It was one of a number of such vessels that once transported people around the nearby archipelago region of the St. Lawrence River.

Immersion in the surrounding environment carries over to mealtimes. The dinner menu that the three hotels share is identical, with the exception of several nightly specials. The area’s reputation for producing fine cheeses is celebrated by an offering of four varieties that is more than enough for two people to share.

In addition, chefs take notice of harvest times throughout the year by including menu items that celebrate the freshest available produce. In the fall, they include “Apple Harvest Features” that range from apple walnut pancakes served at breakfast and pork loin with apple chutney for lunch to apple pomegranate roast duck at dinner. These tasty offerings add to the personal introduction to the region that the Harbor Hotels, and the driving trip which links them, have to offer.

For more information about the Empire State Road Trip, including a detailed description of the itinerary and the many sites along the way, visit Harborhotelcollection.com/experiences/empire-state-road-trip or call 607-535-3759.