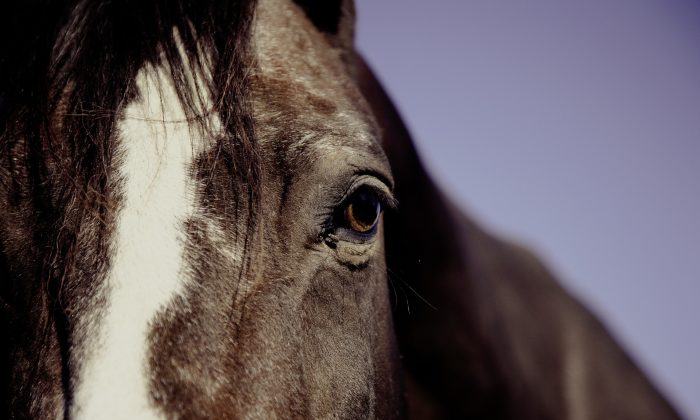 Around 80 horses were rescued from an adjoining stable when a car park caught fire in Liverpool, Britain, Dec. 31, 2017. (CC0)
UK

Horses Rescued from Stables as Fire Destroys Hundreds of Cars

Firefighters in the northern English city of Liverpool were battling a huge fire at a car park on Sunday that destroyed hundreds of vehicles and prompted the evacuation of multiple buildings in the surrounding area.

Police said all cars inside the multi-storey Kings Dock car park, which has a capacity of 1,600 vehicles, had been destroyed, and owners should contact their insurance companies.

Flames can be seen coming from inside the car park pic.twitter.com/tmMQTONebp

An international horse show that had been scheduled to take place at the Liverpool Echo Arena, next to the car park, was canceled.

Up to 80 horses were rescued from stables located on the ground floor of the multi-storey car park, the Daily Mail reported.

Sue Wright, the wife of former England footballer Mark Wright, was at the scene and witnessed cars exploding.

“The cars were just popping  every couple of seconds,” she told the Daily Mail.

Mrs Wright said that her husband took their children to safety, while she stayed behind to help evacuate horses from a ground-floor stable that she feared might be hit by the flames.

“Getting the horses out was the biggest issue,” she said.

“I kept asking the officer in charge about releasing the horses, and eventually I went in and told the stable hands to get the horses out.”

Almost 80 Horses save during show after fire at Liverpool Echo Arena https://t.co/Q0XlHwE819 pic.twitter.com/zWuvi8yiWj

Organizers said all people and horses involved were safe.

The Merseyside Fire and Rescue Service said initial investigations indicated that an accidental fire within one vehicle, a Range Rover and not a Land Rover as previously thought, had caused other vehicles to ignite.

It might also be remembered for a Landrover Fire too!!
Liverpool captain Mark Wright and his wife Sue helped rescue horses from the Liverpool ECHO Arena car park fire.
The pair spotted a Land Rover that had burst into flames just before 5pm. pic.twitter.com/Ezdnq0j6JO

Firefighters equipped with breathing equipment were still fighting the blaze six hours after they were called to the scene.

@BBCBreaking Firefighters in Liverpool tonight looking back at the ever increasing blaze and take a break at the Pullman hotel who opened their doors to the public and the fire service. pic.twitter.com/MlrGnrK194

Liverpool City Council opened a reception centre for people who were unable to get home because of the blaze.

The city’s mayor, Joe Anderson, visited the scene, which he described on Twitter as a major incident.

Thank you all so much for your offers of assistance absolutely brilliant response overwhelming, those caught up in the aftermath were so appreciative. Please stop now all sorted. #soproudofyou?

“The people of Liverpool never let us down with their generosity and everyone has now been accommodated or given a lift. A big thank you to everyone who called to offer help,” he said.