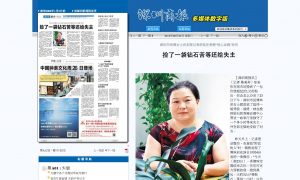 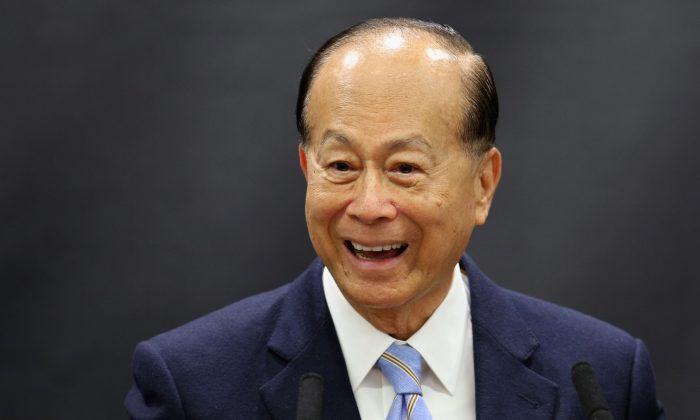 This file photo shows businessman Li Ka Shing, who according to Forbes is the eighth richest person in the world, on May 3, 2013 in Oxford, England. Li has recently been investing large amounts of money outside of China. (Oli Scarff/Getty Images)
China

A recent purchase by companies owned by the tycoon Forbes ranks as Asia’s richest man calls attention to a shift by him away from investing in China.

He gushed over the opportunities this provided: “In short, Li Ka-shing makes the things that China needs… and Cheung Kong is the safest and best way to play China. By buying shares of Cheung Kong, our chips are right next to the chips of ‘The Warren Buffett of Asia.’”

“How can we do better? We can’t,” Sjuggerd concluded.

Seven years later, things appear to have changed. The purchase of the Dutch company is part of a trend by the Cheung Kong Group. Li Ka-shing’s total investment in overseas assets in the last three years now exceeds 160 billion Hong Kong Dollar (US $20.6 billion), with the majority of his investments concentrated in Europe and Canada.

CKI often invests overseas, and its performance and share prices outperform the other companies within the Cheung Kong Group.

In the past five years, CKI’s share price doubled, while the prices for SEHK and Hutchison Whampoa Limited (HWL0013) only grew by 6 and 13 percent respectively. CKI’s market value climbed until it was more than half of that of Li’s flagship SEHK.

On the contrary, the share prices of Hutchison Port Holdings Trust (HPH Trust), which was separated out by Li in March 2011, plummeted.

HPH Trust is only in mainland China and Hong Kong, with mainland China making up 54 percent and Hong Kong 46 percent of the company’s business, as calculated by last year’s revenue. Even with the four received dividends, its shareholders are still in the red.

Sjuggerud touted Li Ka-shing’s connections and knowledge of China as a reason to invest in his Cheung Kong group. Those same qualities now seem to be guiding Hong Kong’s richest man to look beyond China for making his next fortune.

Translated by Quincy Yu. Written in English by Cheryl Wu.