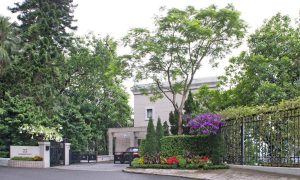 After US Land Purchase, Jack Ma Pays US$193M for a Single Property in Hong Kong
0 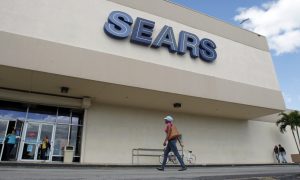 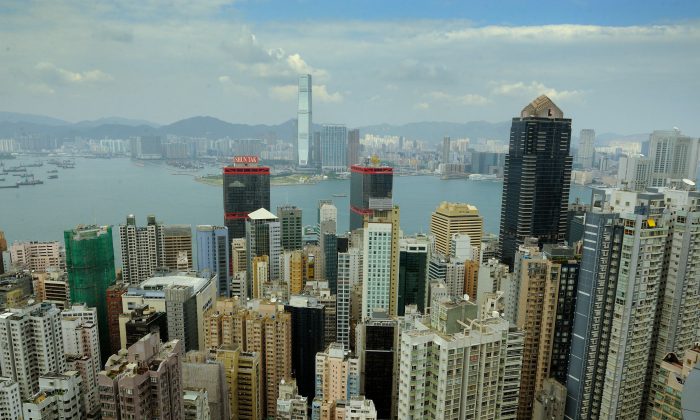 HONG KONG—After keeping financial markets and investors in suspense for months, the U.S. Federal Reserve finally acted on Dec. 16 by raising its benchmark interest rate by a quarter of a percentage point to between 0.25 percent and 0.50 percent.

It was the Fed’s vote of confidence that the U.S. economy would continue to make a steady recovery.

“With the economy performing well and expected to continue to do so, the committee judges that a modest increase in the federal funds rate is appropriate,” Fed chair Janet Yellen said in a press conference after the rate decision was announced.

Financial markets worldwide, including Hong Kong, took the move in stride. After all, the move was widely anticipated. The Fed’s assurance that the rate hike was a tentative beginning to a “gradual” tightening cycle also eased concerns that borrowing costs would increase sharply in the foreseeable future.

In response to the U.S. federal funds rate hike, the Hong Kong Monetary Authority (HKMA) announced on Dec. 17 that the Base Rate was adjusted upward by 25 basis points to 0.75 percent with immediate effect, thus raising the costs of borrowing for banks through the Discount Window.

HKMA chief Norman Chan warned that a rise in U.S. interest rates will eventually lead to a rise in Hong Kong dollar interest rates under the Linked Exchange Rate system, and the normalization process will involve an outflow of funds from Hong Kong.

Hong Kong people, who have suffered from unaffordably high property prices for decades, are certainly interested to find out what could be the impact of the interest rate hike on the property market.

The Centa-City Leading Index (CCL), a weekly index that monitors up-to-date property price variations, fell to a bottom of 31.77 points in August 2003 during the SARS crisis. It has since made a gradual recovery, but it suffered another setback during the 2008 financial crisis.

Since then, the local property market has been rising and rising. In September 2015, it rose to a pinnacle of 146.92 points, up 1.74 times over the same period in 2010, while wages and salaries of managerial and professional employees have only risen by some 25 percent during that period.

This has made housing prices in Hong Kong the most expensive in the world.

Many reasons have been cited for the hefty increase in property prices, ranging from huge demand from mainland Chinese investors trying to channel their funds overseas, to a shortage of supply as well as manipulations by property developers and speculators.

Even before the rate hike, property prices began to decline in September. The price fall might have been triggered by the expected rise in interest rates.

Moreover, the anti-corruption drive initiated by the mainland Chinese regime in the past 2 years or so, which slowed the flow of funds into Hong Kong, might also have made its impact felt in the property market.

During the past few months, prospective sellers have been lowering their asking prices, and cases of new home buyers forfeiting their down payment deposits are becoming increasingly common.

Following the rate hike, property transactions have almost ground to a halt. Among the 10 major private housing estates, there were only 3 transactions over the last weekend.

According to Mr. Chiu Hung Wun, a business manager of Centaline Property Agency in Tai Koo Shing, a 702-square-foot (net) apartment originally put on sale for HK $12.3 million (US $ 1.6 million), was eventually sold for HK $10 million, amounting to an 18 percent discount.

As mortgage costs and supply of new homes are both expected to rise, the downward pressure on housing prices will continue to weigh on the market for the next 2 to 3 years.

Looking further ahead, a number of factors will be crucial to developments in Hong Kong’s property market.

First, the pace of the interest hike in the United States will undoubtedly be the most important factor. Given that the economies of the Eurozone and China are slowing, it is unlikely that the U.S. economy will see a very strong rebound in the next year or two.

Therefore, it is expected that the rate hike will be gradual and incremental. However, its cumulative effect on rising mortgage costs cannot be underestimated.

Secondly, given the ever-growing interdependence between the economies of Hong Kong and mainland China, developments in the latter will have a significant impact on Hong Kong. Indications show that the mainland economy has been going through a period of consolidation that might extend to the next 1 to 2 years.

It is therefore expected that mainland capital should no longer be relied upon as a major driving force for the property market. Relatively slow income growth in Hong Kong will also not be of much help in providing support for the market.

All in all, it is expected that the local property market is set for a further slowdown in 2016. Most prospective home buyers are likely to adopt a wait-and-see attitude when looking for their ideal homes.