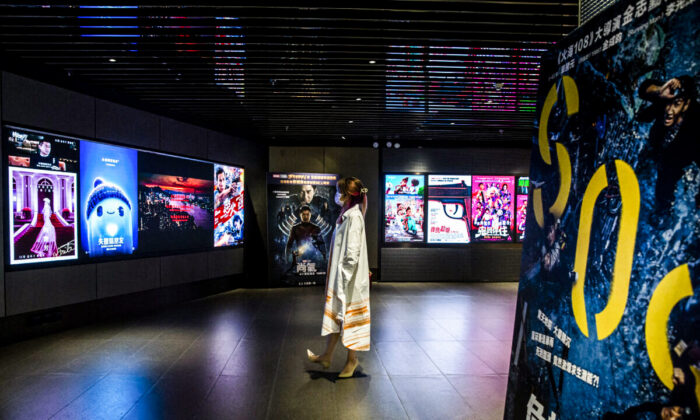 The film censorship law passed by Hong Kong’s legislature last week is ostensibly aimed at promoting national security, although observers of the deteriorating state of intellectual and creative freedom in the city are calling it one of the more blatant attempts to yoke Hong Kong more closely to the machinery of authoritarian rule in Beijing.

Theoretically directed at content in films that might endanger national security, and threatening violators with fines and up to three years in prison, the law is of a piece with Beijing’s more general heavy-handed approach, as exemplified by the national security law imposed on Hong Kong in 2020.

Together, these recent measures are part of Beijing’s efforts in anticipation of the year 2046—the end of the 50-year period under which Beijing was to maintain Hong Kong’s freedoms and autonomy not found in the mainland, observers said.

“From Beijing’s perspective, this new law is part of the process of bringing Hong Kong’s standards, values, and practices into line with the rest of the People’s Republic of China,” said Chris Berry, a professor of film studies at King’s College London who has written extensively about the cinema of China and edits two book series for Hong Kong University Press.

“As we run up to 2046 … ever closer alignment is the goal. But from the perspective of local Hong Kong residents who treasure their existing system, it is further evidence of its decline.”

The new law is unsurprising given Chinese leader Xi Jinping’s explicit rejection of “Western” values such as freedom of speech as being incompatible with a harmonious society, Berry said. It represents an expansion, in the rather unconvincing guise of promoting national security, of many of the same authoritarian and repressive measures Beijing has applied within China and in Hong Kong for years.

However, the law is likely to affect some filmmakers and genres of films more than others. For all the value that many in Hong Kong place on political and artistic independence, not all filmmakers in Hong Kong have tried to follow a path totally independent of Beijing, given the enormously lucrative potential of the market for films in China, where box office returns exceed those of any other market in the world.

Berry sees the Hong Kong film industry as having gone down a bifurcated path following the implementation of a free trade agreement between mainland China and Hong Kong on Jan. 1, 2004. Under the agreement, Hong Kong–China co-productions enjoyed the status of domestic films and weren’t subject to China’s tight quota on foreign films. Commercially minded Hong Kong filmmakers have seized on the opportunity and incorporated their projects into the mainland culture, very much including the censorship prevailing there, Berry said.

Hence, the new law stands to change little for local makers of Hong Kong–China co-productions. Where it may have a far greater effect, and be more corrosive to what few political and creative liberties remain in Hong Kong, is in the domain of local filmmakers pursuing independent projects.

“Hong Kong filmmakers who wished to focus on Hong Kong culture and issues, and continue to exercise freedom of speech build a lively culture of small-budget films, ranging from documentaries to short films to dramatic features,” Berry said. “An industry of local distributors and movie theaters circulated their films. The survival of this local industry is in doubt under the conditions of the new law.”

Who Is Most in Danger?

While it would be nice to imagine that films produced and released prior to the implementation of the law are exempt, Berry sees the law as working retroactively, and that’s where the danger for independent filmmakers may be greatest. When they made their work, of course, they had no way of knowing that content in their films would be in violation of a law not yet on the books.

Berry sees it as possible or even likely that movies such as the 2015 dystopian anthology film “Ten Years,” which won Best Picture at the 35th Hong Kong Film Awards and became the target of vicious attacks in the Chinese Communist Party-controlled press for its depiction of worsening political repression and bullying of the populace, may now come under the scrutiny of censors.

“’Ten Years’ was a collection of short films that imagined a dystopian Hong Kong of the future. At the time, it seemed hysterical and exaggerated to many. Now, just six years later, the same commentators are saying it was spot on,” he said.

In Berry’s view, the small community of mainland filmmakers who self-exiled to Hong Kong in the hope of finding a freer environment in which to work may now find those freedoms curtailed.

Michael Berry (no relation), director of the UCLA Center for Chinese Studies, also sees an increasingly tight integration of much of the Hong Kong film industry with that of the People’s Republic of China, and a growing role for many of the city’s leading names in films produced on the mainland. He says Peter Chan, Tsui Hark, Dante Lam, and Stephen Chow are examples of Hong Kong talent who have taken the opportunity to make big-budget films in China, with an increasing lack of interest in the local culture of Hong Kong. Their professional lives are likely to suffer relatively little disruption from the new law.

“The holdouts who stayed behind in Hong Kong to make Cantonese-language films filled with local color and otherwise informed by an edgier political stance were already quite small in number compared to the A-list exodus to the mainland,” he said.

Now, things are even tougher for those holdouts, who must grapple not only with the economic difficulties of making smaller-budgeted films but with what Berry calls “a new minefield of political red zones to avoid.” As a consequence, many Hong Kong filmmakers have opted to make movies under pseudonyms, to censor their own work, to go abroad, or to give up and stop making films, he said.

Berry sees what is happening in Hong Kong as the symptom of the “good China story” that the Chinese Communist Party (CCP) has aggressively pushed, which makes it hard, if not impossible, for dissidents to claim legitimacy and bring their message to the public. He points to Denise Ho, Chapman To, and Anthony Wong as examples of filmmakers and artists who have publicly spoken out against CCP repression and who may now find their lives even more difficult.

But the effect of the new law doesn’t stop there.

“Besides public activists and celebrities, even small-budget independent documentary films on topics like June Fourth, the Umbrella Movement, LGBTQ rights, and other areas deemed ‘sensitive’ in the mainland run the risk of being erased,” Berry said.

“The Hong Kong film industry has always been a more commercially driven industry than other regions and this new change will further ensure that already marginalized voices of iconoclastic art films and edgy political cinema will be pushed even further away from the center.”