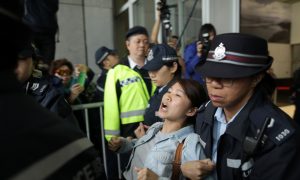 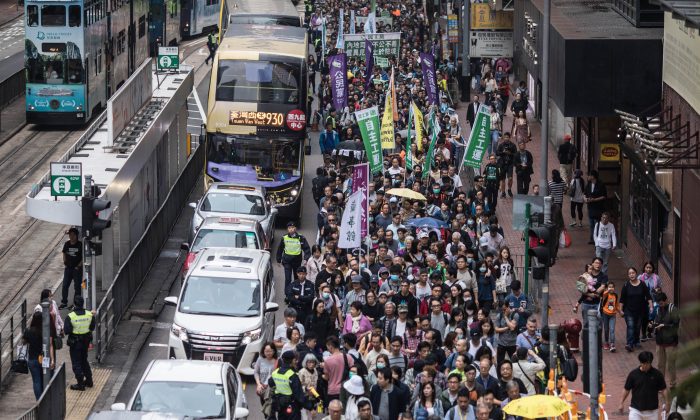 Protesters march along a street during a rally in Hong Kong on March 31, 2019 to protest against the government's plans to approve extraditions with mainland China, Taiwan and Macau. - Critics fear any extradition agreement could leave both business figures and dissidents in Hong Kong vulnerable to China's politicised courts, fatally undermining a business hub that has thrived off its reputation for a transparent and independent judiciary. (Photo by Dale DE LA REY / AFP) (Photo credit should read DALE DE LA REY/AFP/Getty Images)
Chinese Regime

As the Hong Kong government launched changes to extradition rules to allow people to be sent to mainland China for trial, concerns mount that the law could trigger an exodus of the city’s ultra-wealthy individuals and their families.

The proposed changes have already attracted significant opposition from a wide cross-section of society from business groups to rights organizations, who fear that the move could further erode the city’s legal protections and jeopardize the city’s status as an international business hub.

Meanwhile, many of the city’s resident tycoons are reportedly considering moving to countries like Australia that do not have extradition agreements with China if the law passes.

Thousands took to Hong Kong streets to protest against the laws over the weekend, but this did not deter Hong Kong’s Chief Executive Carrie Lam, who said her government would make no further amendments before introducing the legislation to the city’s parliament.

According to the laws presented to the Legislative Council on April 3, the chief executive would have the right to order the extradition of wanted offenders to China, Macau, and Taiwan as well as other countries not covered by Hong Kong’s existing extradition treaties. Extradition requests would be determined on a case-by-case basis.

As a safeguard, such orders could be challenged and appealed against through the city’s courts.

Government officials have said no one at risk of the death penalty or torture or facing a political charge could be sent from Hong Kong. They earlier excluded nine commercial crimes from the new provisions after pressure from business groups.

According to local media reports, many of the city’s ultra-wealthy residents are considering relocating to jurisdictions outside Beijing’s reach. These include Australia and the United States, which do not have extradition agreements with China. However, Australia is said to be a more desirable location as it has looser asset verification requirements than the United States.

Hong Kong has the highest population of ultra-rich people, that is those whose net worth is more than $30 million, in the world.

A large number of Hong Kong’s ultra-rich are from mainland China, according to Hong Kong’s Apple Daily, many of whom have fled to Hong Kong to escape corruption charges in the mainland. These people either purchase luxury residences in the city or hide out in its glitzy hotels.

According to the outlet, the Four Seasons Hotel, located on the city’s waterfront, is a well-known refuge for many wealthy fugitives. It has been described by local media as “hiding fifty percent of the secrets of mainland China.”

For instance, Chinese billionaire Xiao Jianhua had been a long-term guest at the Four Seasons Hotel before he was reportedly abducted by Chinese agents and turned up in custody in China in early 2017. The South China Morning Post reported last September that Xiao is being detained in Suzhou, east China’s Jiangsu province.

Fugitive property tycoon Joseph Lau launched legal action in a Hong Kong court on April 1 challenging the retroactive nature of the bill. Lau is seeking to avoid extradition to neighboring Macau, where he was sentenced in 2014 to more than five years on corruption and money laundering charges. Lau denied the charges and has said the case was a frame-up.

Chen Zhimin, a former deputy minister of public security, told reporters in Beijing last month mainland authorities already had a list of more than 300 fugitives who are in Hong Kong.