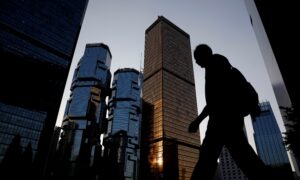 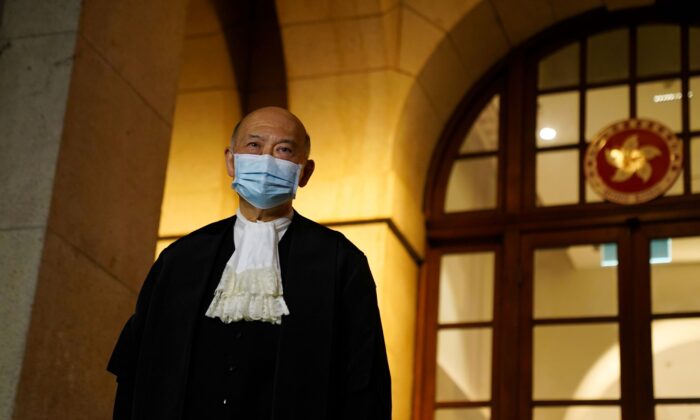 HONG KONG—Hong Kong’s former chief judge urged solicitors to continue speaking up for the rule of law, saying it was their duty to the public and not political as they voted in a fractious election overshadowed by a national security law imposed by China.

Former chief justice Geoffrey Ma made his remarks to several hundred members of the Law Society on Tuesday and later provided Reuters with a transcript of the speech in response to questions.

Hong Kong judges symbolize one of the core promises of the city’s return from British to Chinese rule in 1997 along with continued freedoms: the right to a fair trial and equality under the law, all administered by an independent judiciary.

Ma told the society that lawyers’ “owed duties” were to justice and its administration.

“Primary among the duties owed in the public interest is the support of the rule of law … The rule of law is not a political concept,” said Ma, who retired in January after 10 years as chief justice and nearly 20 years as a judge. “It is a concept that has, as its foundation, the law itself and its spirit.”

The rule of law included the independence of the judiciary—another facet that was “not a political concept,” Ma said.

This meant judges “will discharge their responsibilities without fear or favor or bias or self-interest,” he said, adding that fairness and equality before the law were “the very qualities that define justice itself.”

Some lawyers said Ma’s remarks were unusual, given the low profile senior judges tend to maintain in retirement.

Ma said in an email to Reuters that his remarks did not—and were not intended to—deal with recent comments by Lam and others, for which he could “obviously offer no comment.”

“I cannot of course speak for others as to how they choose to interpret what was said,” he said.

The Law Society and the Hong Kong government did not immediately respond to requests for comment.

In a response to Reuters, the Hong Kong judiciary referred back to a speech by Chief Justice Andrew Cheung in May in which he said legal practitioners should “speak up for the judiciary, not only in protection of judicial independence, but also in defense of its … reputation as an independent judiciary.”

China imposed national security legislation on the city in June 2020 to quell anti-government unrest. The law punishes what authorities broadly refer to as secession, subversion, terrorism, and collusion with foreign forces; critics said it would be used to crush dissent.

In recent months, opposition politicians and activists have been arrested and new restrictions imposed.

A group of judges handpicked by Lam to hear national security cases are now contending with the first of several cases that could see more than 100 prominent opposition figures jailed for life on various charges, including subversion.

“All of us are required to continue to discharge our duty to safeguard national security with profound courage and full confidence,” Lam said in July. Officials in Hong Kong and Beijing have repeatedly said that people who abide by the law have nothing to fear and it would only target a tiny minority of “troublemakers.”

Hong Kong returned to China under a “one country, two systems” formula, which guaranteed its freedoms and independent legal system. China denies interfering with its way of life.

Hours after Ma spoke, five candidates pledging “professionalism” over politics were confirmed to have swept the election for the society’s governing council, where 5 of 20 seats were up for grabs.

After Ma spoke and before the votes were announced, the Global Times, a newspaper published by China’s ruling Communist Party, described the society’s election as a “battle between justice and evil.”

The result of the Law Society vote shattered the hopes of lawyers who wanted tougher action to defend the rule of law in the global financial hub.

One of the three candidates described as “liberal” by pro-Beijing media, incumbent Jonathan Ross, withdrew over the weekend, saying he wanted to protect the safety of himself and his family.

Society President Melissa Pang said her organization would continue to defend the rule of law from a neutral stance.

“Professionalism is very important,” she said after the results were announced. “In terms of politics, we are apolitical.”

Ma, accepting an honor of life membership in the society, said the body had long understood the “true meaning” of the rule of law.

“Not only that, the Law Society actively supported it and has, when the occasion demanded it, unambiguously spoken out,” he said in his short speech at a harbor-front convention hall.

The 12,000-member professional and regulatory body for the city’s legal sector has a watchdog role over legal changes, and a say in the appointments of judges and lawyers who sit on government advisory bodies.

By James Pomfret and Greg Torode