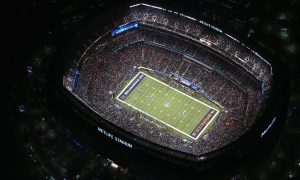 Hong Kong’s largest English newspaper, South China Morning Post (SCMP,) is kowtowing to Beijing pressure, according to 23 journalists who have written an open letter to the newspaper’s executive director.

The journalists have all been formerly employed by SCMP, but now work in other countries, including the UK, Australia, Japan and Singapore.

The group expressed concern that the Post has been increasingly culling important China-related news and replacing Western journalists with Beijing colleagues.

The letter was addressed to Hui Kuok, the Post’s executive director. She is the youngest child of Malaysian sugar tycoon Robert Kuok, who bought a controlling interest in the newspaper in 1993. She is responsible for the media group’s operations and businesses.

In the letter, the journalists expressed distress at the editorial decisions made by newly appointed editor-in-chief Wang Xiangwei. Wang took the new job in February this year, after working for the mainland state newspaper China Daily.

Paul Mooney, one of the under signatories to the letter, was recently fired by Wang on what he says were political grounds. In an opinion piece published by The Epoch Times, Mr Mooney said dozens of his China-related story proposals were either ignored or knocked by Wang.

The Asia Sentinel reports of two other journalists who lost their jobs at SCMP. Both Willy Lam and Jasper Becker, bureau chiefs in Beijing, were fired before Wang took up the job.

“The South China Morning Post has never been a radical publication, but it has served the people of Hong Kong for 100 years by providing them with accurate and timely information,” the letter said, according to the Sentinel. “It is now widely believed that the paper’s main priority is no longer to continue this fine tradition, but to please the authorities in Beijing.”

The controversy over SCMP’s change of editorial direction broke in June, when one of its editors was reported to have openly questioned Wang’s work ethic. The Sentinel reports of Mr Price scrutinising the decision to reduce a major story on the suspicious death of Tiananmen dissident Li Wangyang in a Hunan hospital to a brief.

Price sent Wang an e-mail saying: “A lot of people are wondering why we nipped the Li Wangyang story last night. It does seem rather odd. Any chance you can shed some light on the matter?” That generated a series of e-mails during which Wang said: “I don’t have to explain to you anything. I made the decision and I stand by it. If you don’t like it, you know what to do,” reports the Sentinel.

Wang later sought to justify his decision to the staff by saying the story over Li’s death had received little or no coverage on CCTV, the Chinese regime’s stated-owned television news service.

“The latest dispute over the curtailed coverage of the Li Wangyang story has angered a great many of the Post’s traditional readers and supporters,” the former Post journalists said in the letter. “It suggests that the charges of the paper’s critics are justified. We understand that news judgments have to be made in haste and occasional errors are to be expected.

“Some of the explanations for the Li Wangwang decision suggest, though, that a change in policy has taken place. The idea that the story needed to be downplayed because it had received little or no coverage on CCTV is unworthy of the Post’s traditions as an independent and enterprising newspaper. CCTV no doubt has a role as a source of information. If used as an indicator of news values it is a source of ignorance.

“We are concerned by all this not only because we were once happy and proud to work for the Post, and do not like to see its reputation deteriorate, but also because the newspaper has historically been an important civic resource for the people of Hong Kong. It will be a serious public loss if the newspaper continues to go downhill.

After a number of attempts Mr Wang could not be reached for comment.