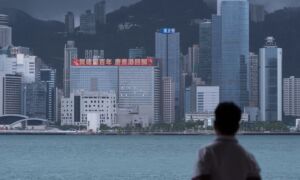 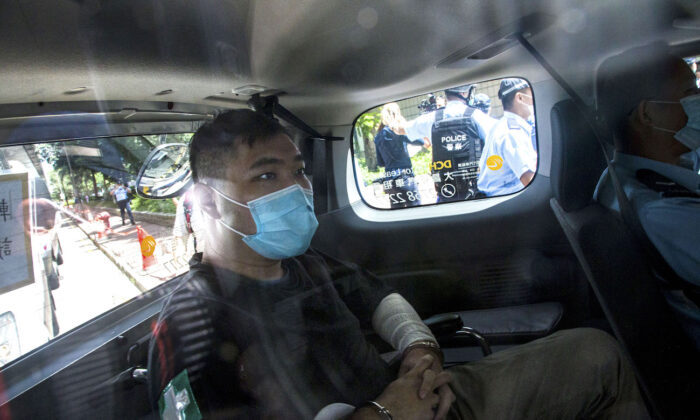 HONG KONG—The trial of the first person charged under Hong Kong’s national security law is set to wrap up on Tuesday, with the defendant denied bail and a jury in a landmark case that critics say is a departure from common law.

Former waiter Tong Ying-kit, 24, has pleaded not guilty to charges of terrorism, inciting secession, as well as an alternative charge of dangerous driving causing grievous bodily harm on July 1 last year, shortly after the law was enacted.

Hong Kong’s common law has traditionally allowed defendants to seek release unless prosecutors can show lawful grounds for their detention.

Under the new Beijing-imposed security law, which has seen the end of what was a politically independent judicial system for the global financial hub, the burden of proof rests with the defendant to prove they will not break the law if released on bail—a reverse of international norms based on the presumption of innocence where defendants are “innocent until proven guilty.”

Beijing and the pro-Beijing Hong Kong goverment have said called the new law of the communist party necessary to bring “stability” to the former British colony after anti-Beijing protests in 2019.

Tong’s trial is being presided over by three judges handpicked by Hong Kong’s pro-Beijing leader, Carrie Lam, to hear national security cases: Esther Toh, Anthea Pang and Wilson Chan. There is no jury.

Hong Kong’s Judiciary describes trial by jury as one of the most important features of the city’s legal system, a common law tradition designed to offer defendants additional protection against authorities’ overreaching their power.

Article 46 of the security law—drafted by Beijing, where courts are controlled by the Communist Party and conviction rates are close to 100 percent—states three instances in which juries can be scrapped: protecting state secrets, cases involving foreign forces, and protecting jurors’ safety.

Tong, the first of more than 120 people arrested under the security law, is accused of driving his motorbike into officers at a rally while carrying a flag with the protest slogan “Liberate Hong Kong, Revolution of our times.”

The interpretation of the protest slogan is a key element of the trial. The government has said it suggests a call for independence, which would violate the Chinese regime’s security law. Defence lawyers argue it is a phrase with diverse meanings, including the desire for freedom and democracy.

Tong’s fate could signal how the courts will handle scores of other national security cases.