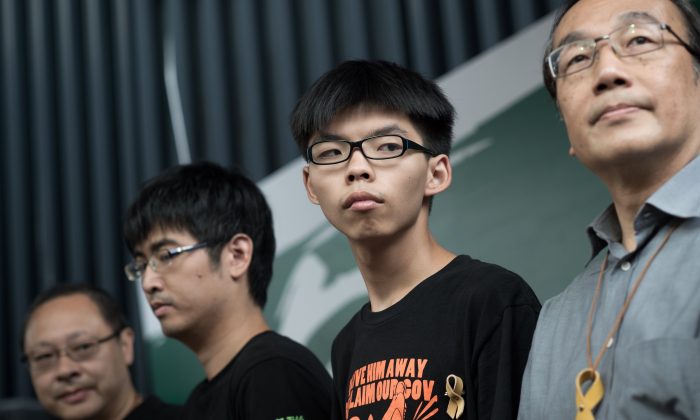 HONG KONG—The leaders of Hong Kong’s pro-democracy protests on Sunday canceled a vote on what the next step should be in their month-long street occupation, saying they hadn’t properly consulted with the demonstrators before calling the referendum.

The two-day vote, which had been scheduled for Sunday and Monday, was supposed to have gauged the protesters’ support for counterproposals to offers made by Hong Kong’s government following talks last week between student protest leaders and authorities.

The government offered to submit a report to Beijing noting the protesters’ unhappiness with a decision to have an appointed committee screen candidates for the semiautonomous city’s leader, known as the chief executive. Protesters are demanding open nominations for chief executive in the city’s inaugural direct election, promised for 2017.

“We admit that we did not have enough discussion with the people before deciding to go ahead with the vote and we apologize to the people,” the protest leaders said in a statement.

They also cited “differing opinions regarding the format, motions and effectiveness” of the referendum.

Two student groups — the Hong Kong Federation of Students and Scholarism — and the activist group Occupy Central With Peace and Love had called for the referendum on Friday.

The groups behind the referendum had called for voting to be held only at the main downtown protest site, upsetting demonstrators at two other occupation sites located elsewhere in Hong Kong.

The protesters are facing growing pressure, with the demonstrations, which began Sept. 28, stretching into their second month and no sign of concession from the government.