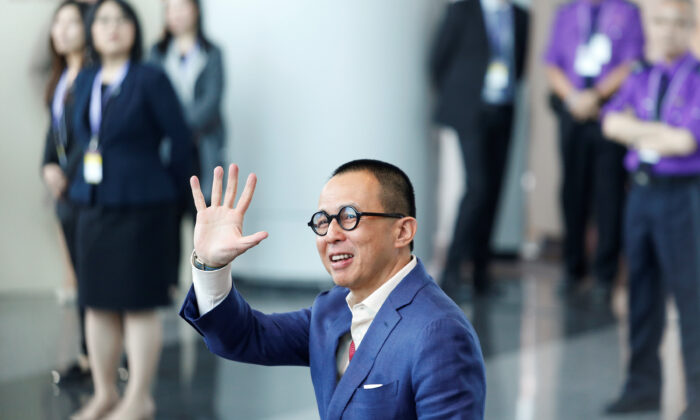 Richard Li, Hong Kong businessman and younger son of tycoon Li Ka-shing, waves as he arrives to vote during the election for Hong Kong's next Chief Executive in Hong Kong, on March 26, 2017. (Bobby Yip/Reuters)
Companies

The insurer, which will list through an initial public offering (IPO), posted revenue of $9.49 billion last year. FWD also said its net loss applicable to shareholders narrowed to $243 million in the year ended Dec. 31, 2020, compared with a $278 million loss a year earlier.

The company had confidentially filed for the listing in June. FWD has not yet set the terms for its IPO, but Reuters  reported it could raise $2 billion to $3 billion, valuing the company at $13 billion to $15 billion.

Richard Li is the son of Hong Kong’s richest man, Li Ka-Shing. FWD’s foundation was laid in 2012 with the acquisition of ING’s Hong Kong, Macau, and Thailand units for $2.1 billion, and it has since continued this bolt-on approach.

There has been indicative interest in up to $500 million of the stock being sold in the IPO, according to the filings.

The Li Ka Shing Foundation has indicated it could buy up to $300 million worth of stock, while Richard Li’s PCCW Ltd. could take $100 million, the filings showed.

The indicative orders account for nearly one-quarter of the IPO at the lower end of the proposed raising range.

FWD also said it would raise $400 million from Apollo Global Management Inc. in a private placement, as part of a new asset and investment management agreement.