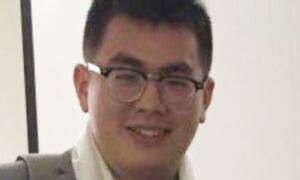 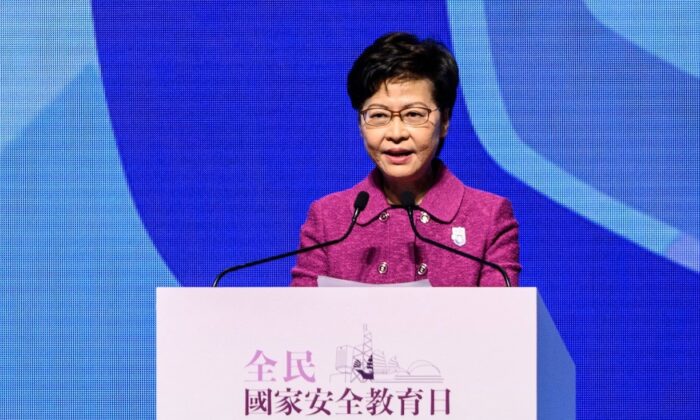 Hong Kong Chief Executive Carrie Lam on Tuesday announced that the local government is currently drafting a “fake news” bill aimed at combating what it deems to be “misinformation, hatred, and lies,” a move which experts have dubbed as the latest assault on press freedom in the city.

During a press conference, Lam said that the government was looking into “fake news” in the city, but didn’t provide a timetable for the legislation.

“The fake news law needs a lot of research, especially [on] how overseas governments are tackling this increasingly worrying trend of spreading inaccurate information, misinformation, hatred, and lies on the social media,” Lam told reporters. “We will continue to be very serious about this issue because of the damage it is doing to many people.”

Under Beijing’s directions, Hong Kong has taken a swift authoritarian turn following the imposition of a sweeping national security law by China’s ruling communist regime in 2020.

Critics say the vaguely worded law, which punishes offenses such as secession and collusion with foreign forces, has been used as a tool to suppress dissidents. Since it took effect, the city has seen a drastic rollback of its freedoms, as dozens of pro-democracy figures have been charged or convicted under the legislation or similar laws. The clampdown has also stoked fears of further restrictions on press freedom in the city.

Before her latest announcement, Lam told lawmakers during a question and answer session at the Legislative Council last month that the local government is the “biggest victim of fake news.” Misinformation, Lam said, has made all government work “very difficult.”

“The SAR government is the biggest victim of fake news … the things we said were quickly distorted, vilified,” Lam said at the time.

Pro-Beijing media and government officials in Hong Kong have also threatened to shut down local independent newspaper Apple Daily, which was founded by Lai and is one of the city’s few remaining free media outlets.

In another incident that has been condemned and denounced by U.S. lawmakers, The Epoch Times’ printing plant in Hong Kong was attacked by hammer-wielding intruders who damaged the company’s computers and printing equipment on April 12. The attack was also condemned by lawmakers, experts, and organizations around the world.

Hong Kong’s police chief Chris Tang Ping-keung has signaled that he would back a new law on “fake news” in the city.

“I think it’s good to have such a law, you know, for every law that can assist the national security and assist us to make Hong Kong safer,”  the Commissioner of Police of the Hong Kong Police Force said during an appearance on TVB show “Straight Talk.”

Responding to the news, The Foreign Correspondents’ Club Hong Kong said in a statement that such laws “are invariably used to stifle critical coverage and freedom of speech.”

“Journalists have contended with a range of challenges, including new police limits on accreditation, the prosecution of members of the media, ever increasing pressure on the editorial independence of RTHK, concerns over visas and an attack by thugs on a newspaper printing plant,” the statement said, noting that Hong Kong has fallen to 80th place on the Reporters Without Borders Press Freedom Index, from 18th in 2002.

Press freedom in Hong Kong has been in steady decline since the former British colony returned to Chinese rule in 1997.

It added, “On World Press Freedom Day, the Foreign Correspondents’ Club, Hong Kong wishes to express its solidarity with journalists who are facing harassment, imprisonment or risking their lives to carry out their essential mission.”

Benedict Rogers, the co-founder of the Conservative Party Human Rights Commission, called the move “the latest assault on media freedom” in Hong Kong in a Twitter statement.

Alex Wu and Reuters contributed to this report.