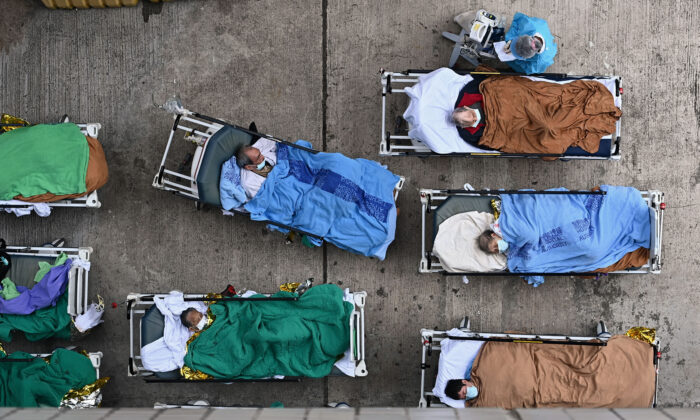 Hong Kong will test its entire population of some seven million people for COVID-19 next month as the city battles its worst outbreak.

Local authorities made the announcement Tuesday and predicted it will take seven days to carry out the mass screening.

Professor Lau Yu-lung, who chairs the government’s scientific committee on vaccine-preventable diseases, said that the mass testing could identify up to 300,000 new COVID infections, reported the South China Morning Post.

This comes as Hong Kong’s Centre for Health Protection announced on the same day that there were 6,211 new cases of COVID-19, of which three were imported cases. There were also 32 deaths within 24 hours of the same date as the announcement, including three children under the age of 5.

On Monday there were 8,013 local cases were reported.

Lau Ka Hin, chief administrative manager (Quality and Standards) of the Hospital Authority in Hong Kong, said that the current occupancy of quarantine beds in public hospitals is 92 percent.

Lau added that due to the recent cold weather, hospitals have tried their best to arrange for patients to move indoors from makeshift open-air spaces outside medical centers.

Three infants and young children under the age of 5 reportedly died in Hong Kong after contracting COVID-19 within 10 days with pediatric experts noting that the children had cerebral edema, which is believed to be caused by acute encephalitis. The experts said that the most worrying aspect of COVID-19 is the new Omicron subtype mutant BA.2.

Lau Yu Lung, chair professor of the Department of Pediatrics and Adolescent Sciences of the University of Hong Kong, said that some young patients appeared to have cramps and convulsions.