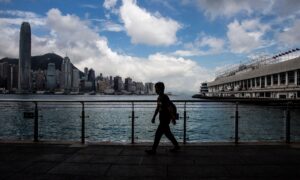 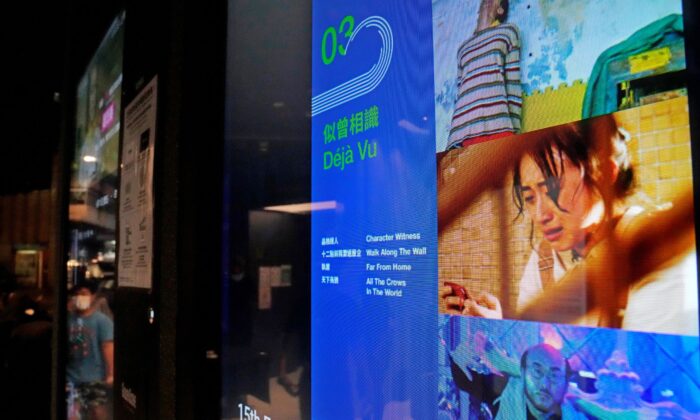 A ticket screen shows a scene of the movie "Far From Home"(C) a short about the political division in Hong Kong following the anti-government protests in 2019, at a cinema in Hong Kong, on June 11, 2021. (Kin Cheung/File/AP Photo)
HK Current Affairs

Hong Kong to Amend Law to Step Up Film Censorship

The proposed changes to Hong Kong’s Film Censorship Ordinance would step up censorship of movies in the city, expanding an ongoing offensive on political dissent that has led to the closure of various pro-democracy organizations and the arrests of dozens of activists.

The amendments would require a censor to determine whether a film contains elements that endanger national security. Older movies that were previously allowed to be screened could also have their approvals revoked on national security grounds.

“We need this provision to cater for circumstances where a film which was created or approved before— but given the new law enacted and the new guidelines issued—there might be chances that we need to reconsider such cases,” Edward Yau, secretary for commerce and economic development, said at a news conference Tuesday.

The changes would apply to films made in Hong Kong as well as those produced elsewhere. Hong Kong’s film industry is widely known for directors such as Wong Kar-wai, Tsui Hark, John Woo, and Stanley Kwan and actors including Chow Yun-fat, Jet Li, Tony Leung Chiu-Wai, and Maggie Cheung.

Those who violate the ordinance and screen banned movies could face up to three years in jail and a fine of 1 million Hong Kong dollars ($128,400).

The changes to the law, if passed, take the city a step closer to censorship levels in mainland China, where authorities routinely block movies, TV shows, and content deemed politically sensitive or contrary to the Chinese Communist Party (CCP).

Britain handed Hong Kong over to the CCP in 1997 under a “one country, two systems” framework that allowed it freedoms not found in China for 50 years, including free speech, freedom of the press, and freedom of expression.

But Hong Kong is fast losing most of those freedoms since Beijing’s imposition of a national security law on the city in June last year, following months of political opposition and anti-government protests in 2019.

The law—which can be used broadly to target political dissidents—has been used to arrest over 100 pro-democracy figures.

Multiple pro-democracy organizations, such as rally organizer Civil Human Rights Front and the pro-democracy Professional Teachers’ Union, have disbanded amid allegations they violated the security legislation.